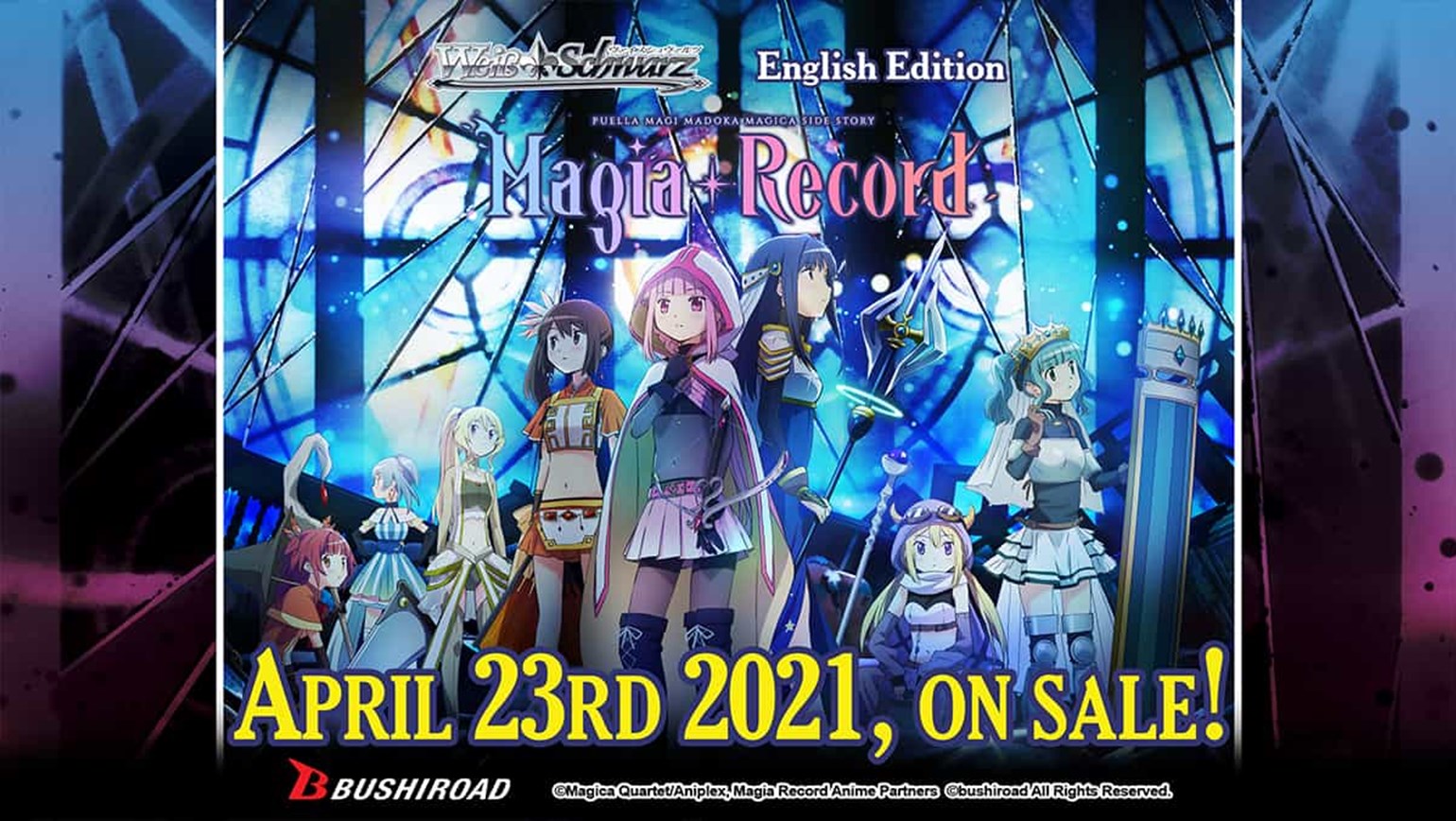 Fans of the popular Japanese mobile game, Magia Record: Puella Magi Madoka Magica Side Story will have more to look forward to at the end of April, as its anime adaption joins Weiss Schwarz English Edition with the release of a Trial Deck+ & Booster Pack!

This new set features the main character, Iroha Tamaki and the other characters in the anime series such as Yachiyo Nanami, Momoko Togame and Felicia Mitsuki. Cards in the set can also be used with previous Puella Magi Madoka Magica releases.

After remembering her wish to cure her younger sister’s illness, Iroha Tamaki is determined to find some answers in Kamihama city, as recreated in her 3/2 CX Combo, Comrades of Mikazuki Villa, Iroha and her climax card, To Cure Her Younger Sister’s Disease. 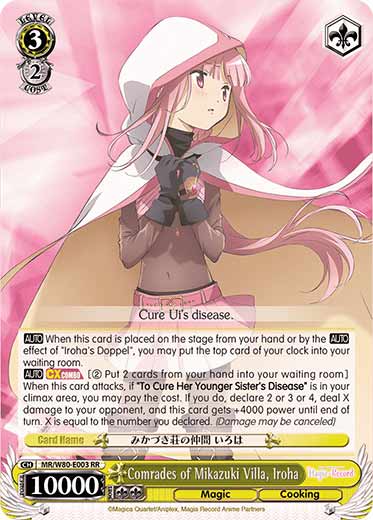 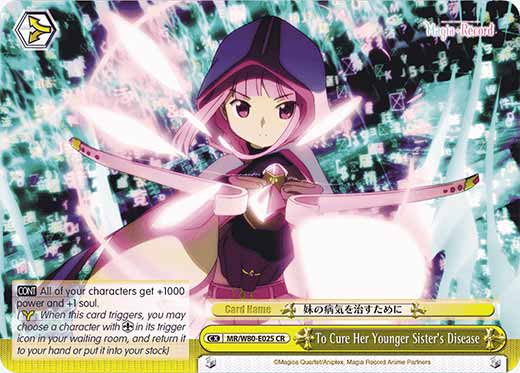 Through her CX Combo, she gains a tremendous amount of power and reaches 15000, without any back stage support. She can also deal a precise number of damage when the player declares the appropriate number to ensure that they go through!

Working for the organization Wings of the Magius, the Amane sisters believe in its cause to save Magical Girls from turning into Witches through whatever means necessary. Their climax card, Sisters’ Entertaining Performance works with their character cards, Well-Coordinated Sisters, Tsukasa and Well-Coordinated Sisters, Tsukuyo to give players a lift at different levels of the game. 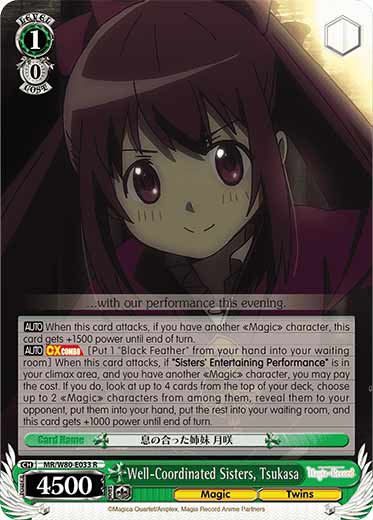 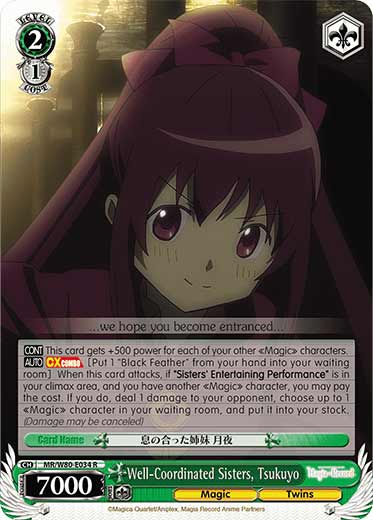 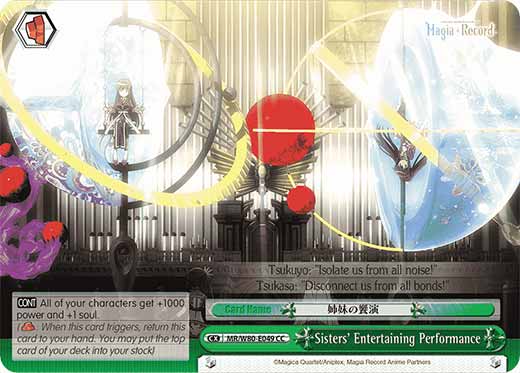 As both character cards share the same climax card, this makes the combination slot-efficient when it comes to deck construction. In addition, the Treasure trigger on their climax card makes it easier to assemble the CX Combo.

At level 1, Tsukasa sets up for future turns while her twin sister, Tsukuyo, refunds her own cost while dealing extra damage at level 2.

Besides CX Combos, take a look at other handy cards that can be found in this set such as the event card, New Roommate! 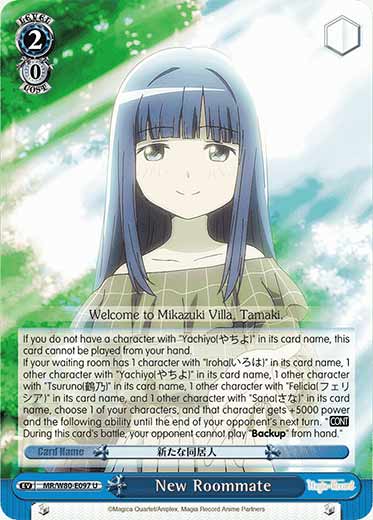 When conditions are met, it gives a hefty boost of +5000 power to one of your characters on the field and prevents your opponent from playing Backup from their hand.