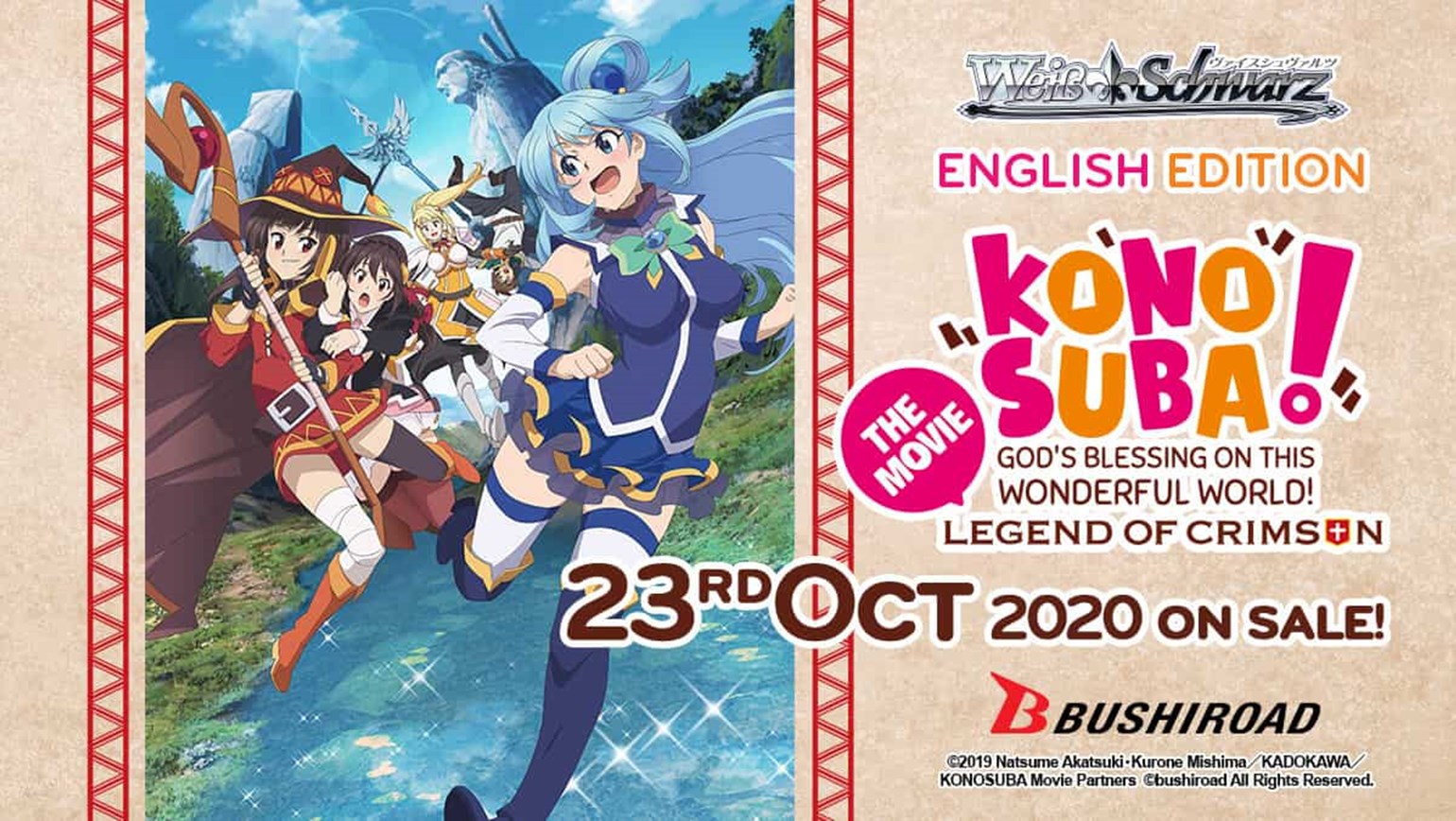 Check out the strong 3/2 CX combos that can be found in this product! 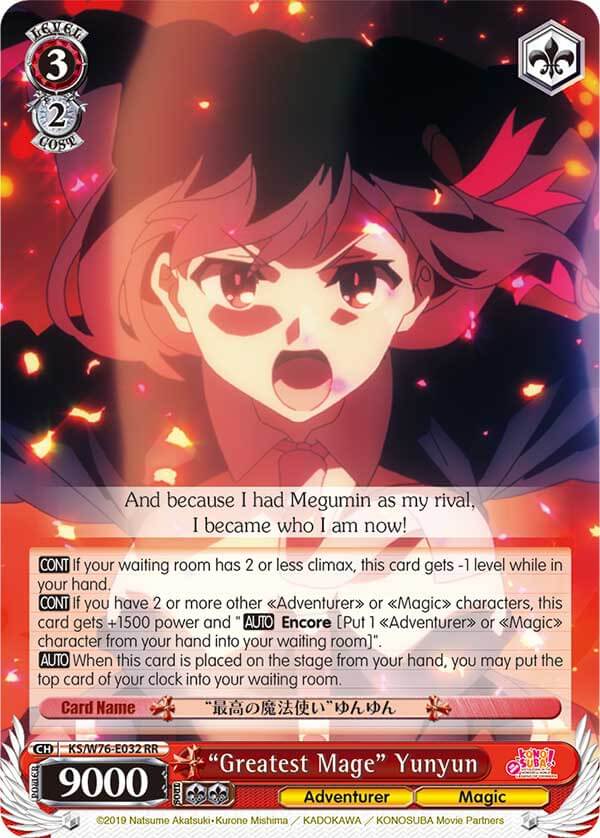 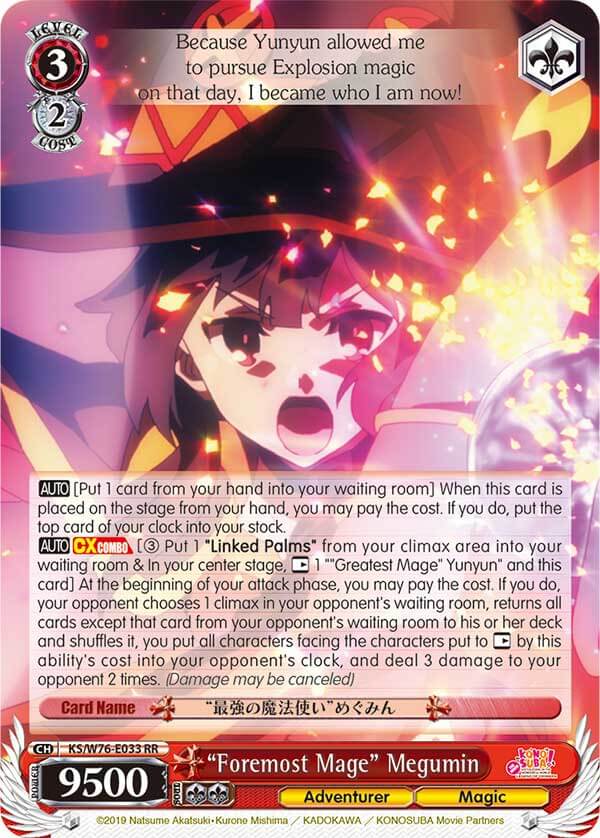 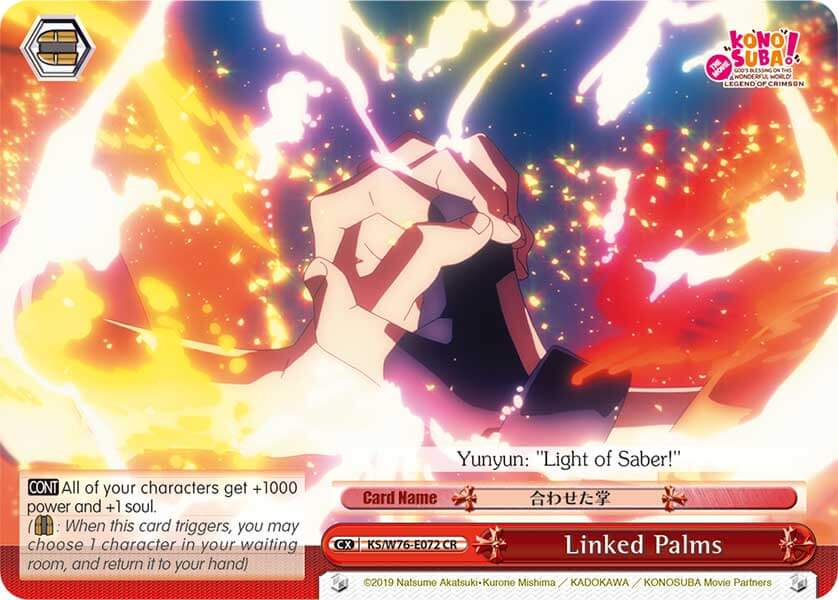 On its own, you receive 1 heal with the added functionality of turning your damage to stock, by discarding a card from your hand, by the effect of its first AUTO ability.

As part of the cost to play its second AUTO ability in the CX combo, you rest both the card and 1 “Greatest Mage” Yunyun character card on your center stage. At the beginning of your attack phase, your opponent chooses 1 climax card from their waiting room and shuffles the rest back to his or her deck. This action effectively expands their deck and reduces the probability of revealing a climax to cancel incoming damage.

What makes this CX combo formidable is you get to put all your opponent’s characters on the field who are facing the two characters put in a Rest phase earlier, straight into their clock like damage. On top of that, you also get to deal another 6 potential damage.

The “Musclebrained Crusader” Darkness character card is highly functional, both on its own and with its CX combo, M-My Defensive Strength? 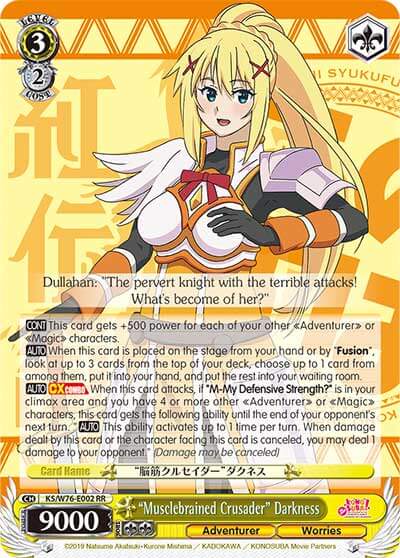 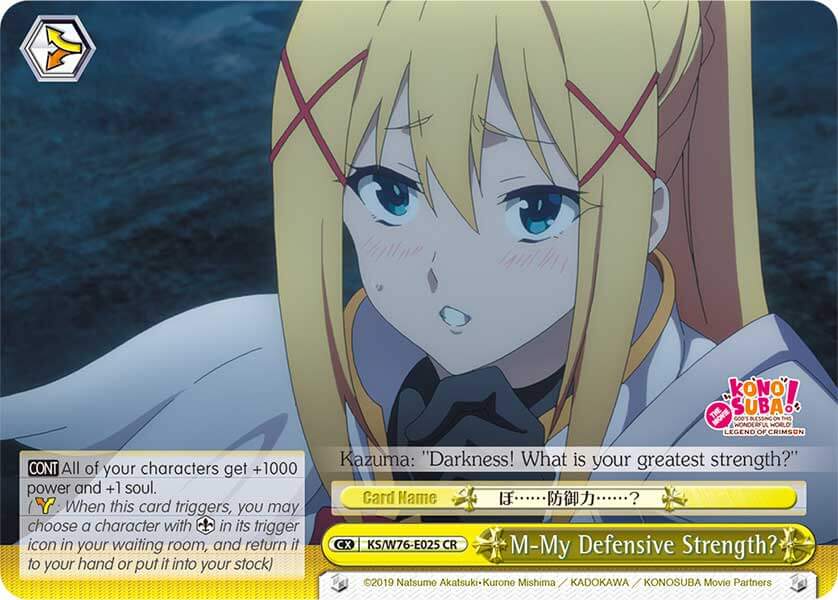 By the effect of its CONT ability, the card can get a considerable potential boost of +2000 power when conditions are met. Add in +1000 power from its climax and that is a total boost of +3000 power!

With its first AUTO ability, you can dig up to 3 cards into your deck for any card, depending on your board state.

Through its second AUTO ability gained with the CX combo, you get an additional chance to deal 1 damage in the event the damage it dealt is canceled when conditions are met.

Not to be outdone by her counterparts, the character, Aqua also gets a new level 3 CX combo finisher with “To the Crimson Demon Village!” Aqua and its climax card, Protection of a Goddess! 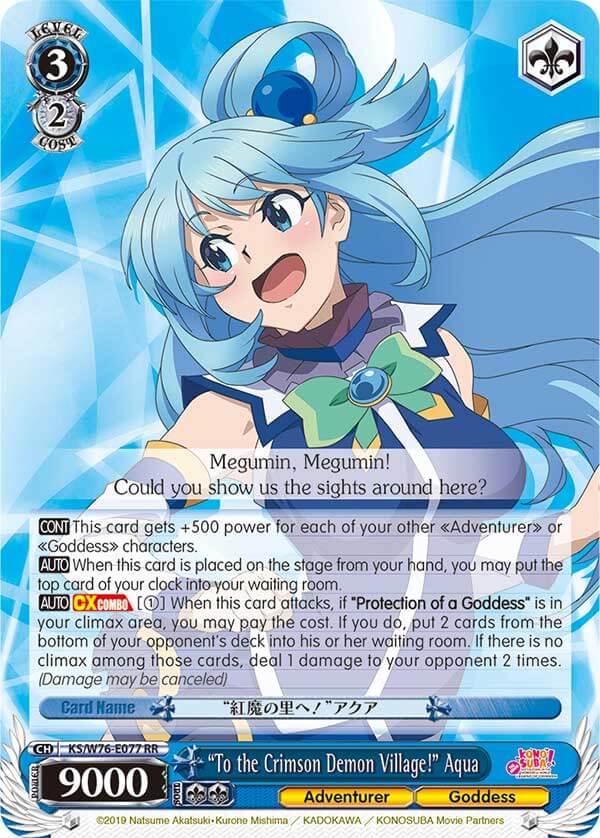 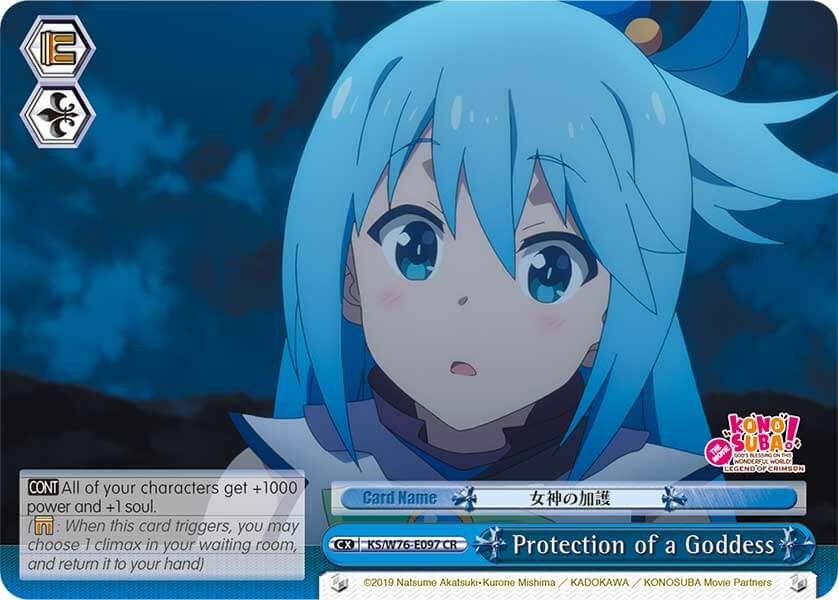 With its CONT ability, the card can get a considerable potential boost of +2000 power when conditions are met. Add in +1000 in power from its climax and that is a total boost of +3000 power!

At the same time, you receive 1 heal through its first AUTO ability.

Through its second AUTO ability gained with the CX combo, you get to deal another 2 potential damage for a fairly low cost, if there are no climax revealed among the 2 bottom cards put from your opponent’s deck into their waiting room. Depending on the board state, you could even run your opponent out of cards and force them to take a refresh point – a guaranteed point of damage!