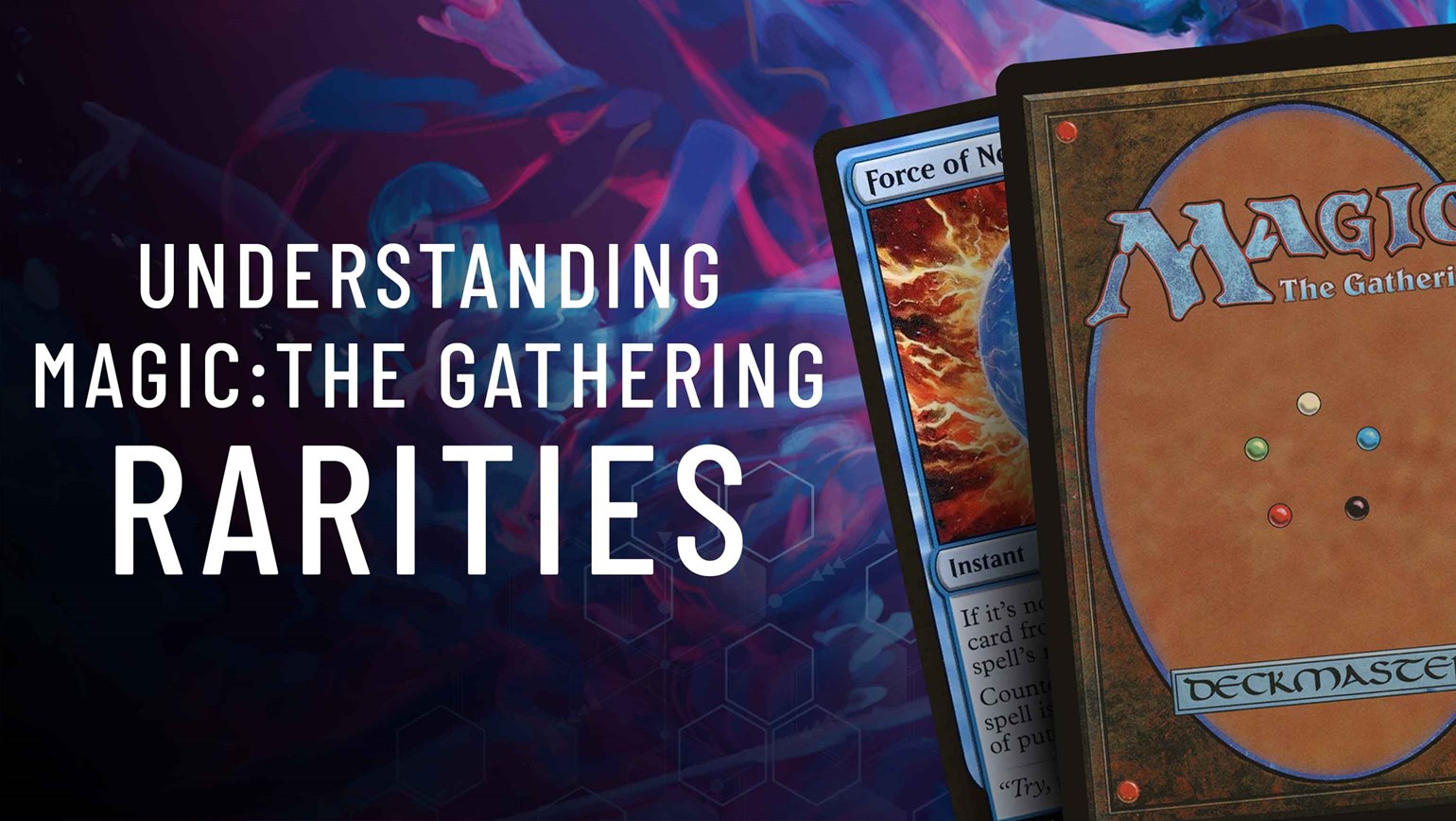 Wizards of the Coast set a precedent for trading card games when it established the use of rarities in Magic: The Gathering. As a general rule of thumb, the higher the rarity, the more powerful, unique, or efficient the card. For example, Ancestral Recall was one of the very first rares, and stands as one of the most powerful cards ever printed. However, you’ll find the same game effect (drawing three cards) on Jace’s Ingenuity, but as an uncommon… and for four more mana. From a practical standpoint, Wizards uses the rarity system to balance their game.

From the perspective of selling cards, rarities have a whole different purpose. They are likely going to influence how cards get priced. With the exception of a few cards (looking at you Dragon's Rage Channeler), lower rarity cards carry a lower price point due to their greater availability. You’ll notice that we provide Rarity as a filter in MassPrice for this very reason. So, how do we differentiate between the different rarities?

Mythic Rares: Denoted by a deep orange set symbol, this is the highest rarity in Magic. Introduced in Alara block in 2003, these show up in approximately 1 in 8 Draft Boosters. Due to more potential rare slots in Set Boosters, they can show up more frequently in them. Mythic Rares will show up in boosters where you could find a normal Rare, at a much lower frequency.

Rares: Rare cards have a gold set symbol on them, and were the highest rarity available until Mythics were introduced. You are guaranteed a rare in every Draft Booster (sometimes replaced with a Mythic). Like Mythic rares, you have the ability to open up to three rares in a Set Booster. This is the standard rarity you find in a slot of a booster that contains a rare card.

Uncommons: You can identify an uncommon by its silver set symbol. You open three of these in each Draft Booster and up to eight of them in a Set Booster.

Commons: As their name says, these are the most common cards you find in Magic. There are ten commons per pack in Draft Boosters and up to seven of them in a Set Booster. These are the cards that typically carry the lowest Market Price due to their vast availability.

Wizards did not always use the colored set symbol to indicate rarity. Through the Stronghold expansion, set symbols were all black and white, regardless of rarity. Determining rarity on these older cards can be tricky, so be sure to do your research before passing off Lion's Eye Diamond as a common!

As I mentioned earlier, rarity can be a helpful attribute to consider when pricing. Now that you’re equipped with more knowledge of the Magic rarities, you’re one step close to the ideal price point for your business.

Collin Stiles is a Customer Success Manager at TCGplayer where he helps our sellers grow their businesses.