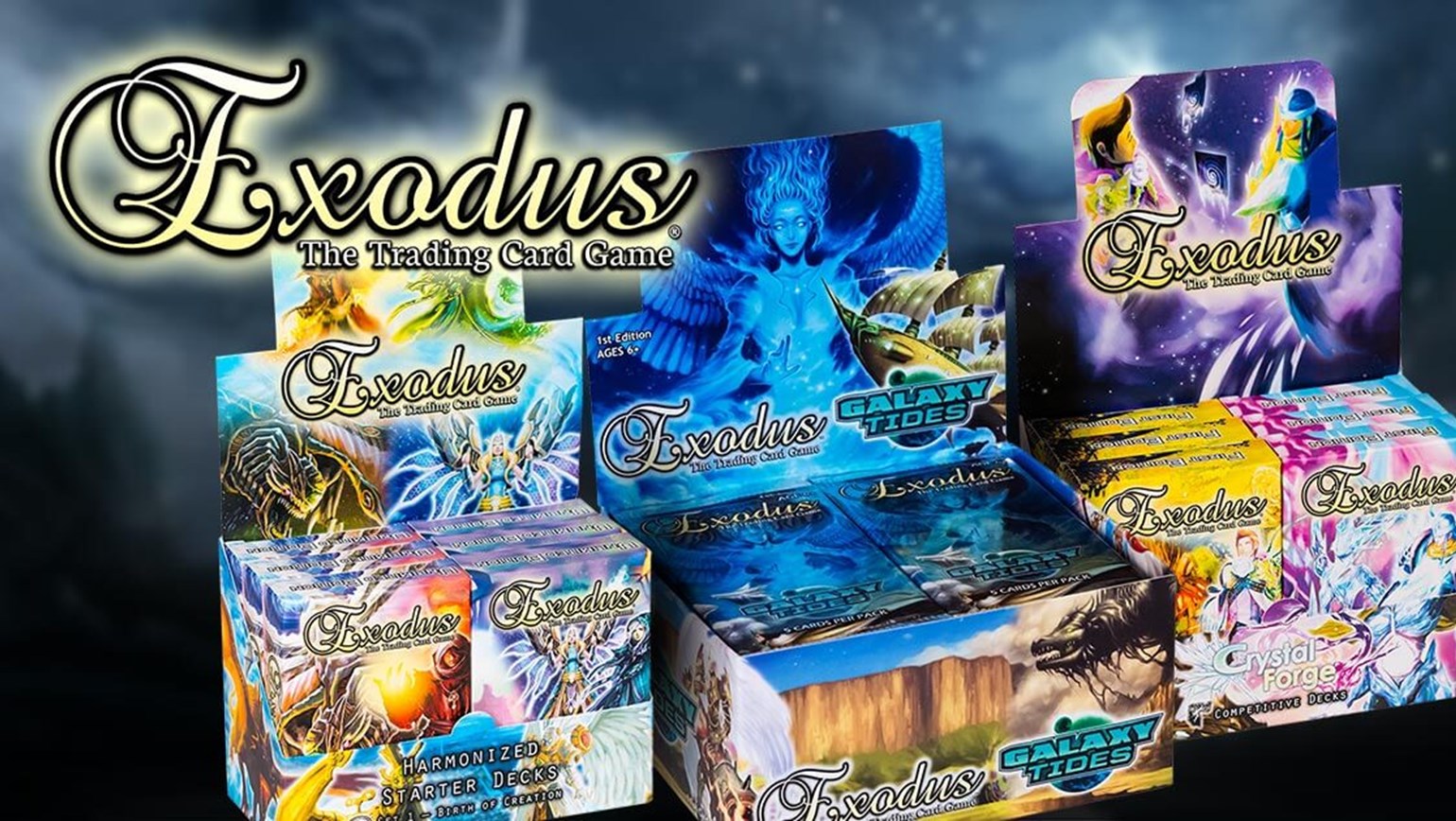 Exodus TCG is a new, extremely fast-paced game by Existence Games. With full art cards, no banlist, no rotation and an average play time of only 10 minutes, this deceptively simple game is one that appeals to both new and veteran gamers.

Exodus is the first TCG to bridge the gap between collectability and gameplay with mechanics that are based on card rarity. There are certain effects that only affect commons, uncommons or rares. This enables intuitive deckbuilding that causes players to think about how many cards of each rarity they’re putting in their deck.

New sets always feature new foil treatments and all-new cards, so there are never any reprints from set to set. With one major expansion releasing each year, the time used between sets allows new cards to be perfectly balanced so there will never be a need for a banlist.

With the base set revolving around Dragons and Angels, there’s an endless amount of freedom for deckbuilding, customization and mixing any of the diverse creature types. Players decide how strong each creature will be each turn with unique gameplay that allows participants to fluctuate creature energy levels throughout the game.

If you’re interested in getting inventory or becoming an official Organized Play store, please reach out to us at exoduscardgame@gmail.com.

Jake & Lexi Medina are a young brother-sister team that founded Existence Games in 2012 and created Exodus TCG. They grew up in the hobby industry playing dozens of TCGs both casually and competitively.