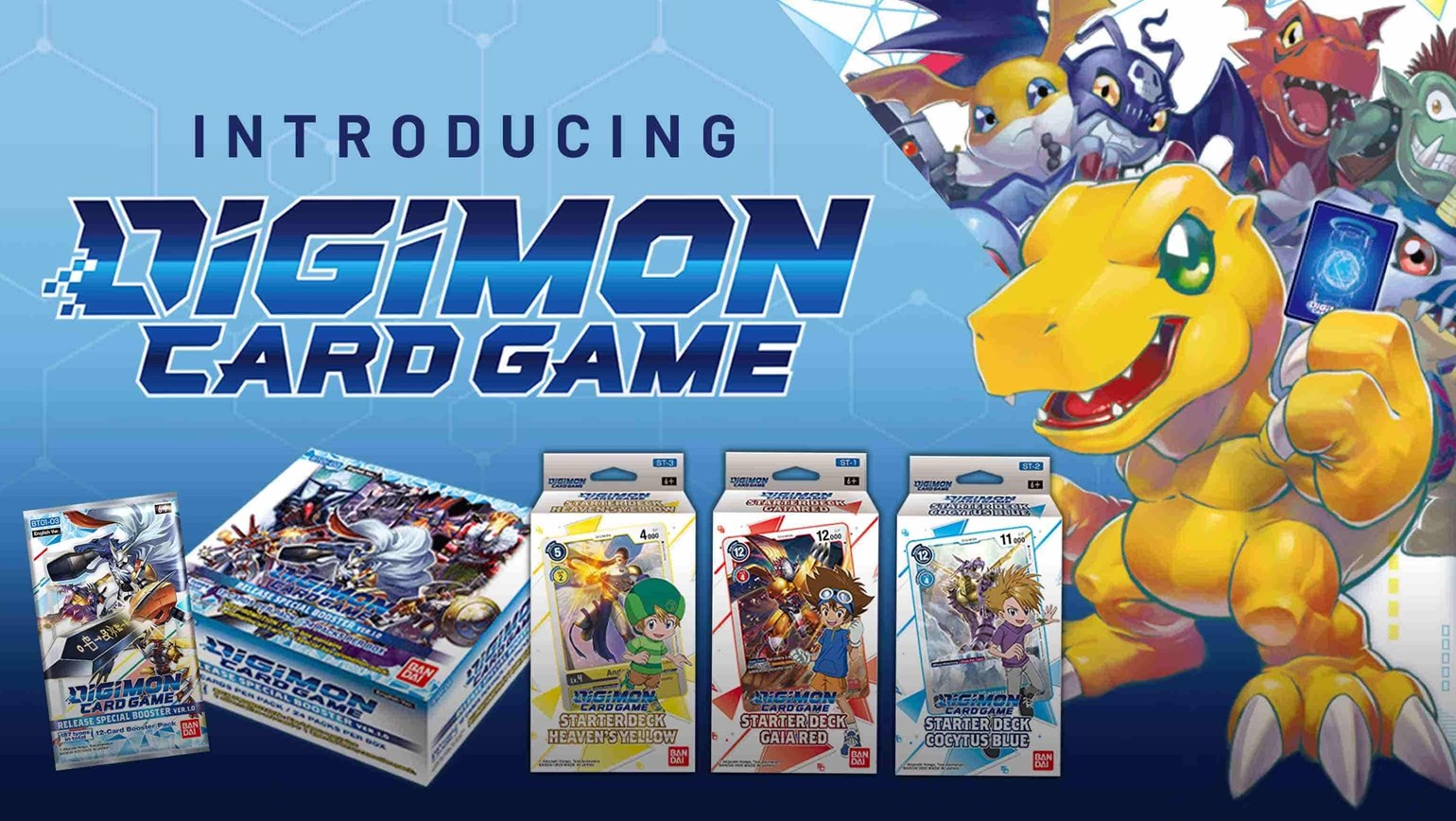 Get ready to enter the Digital World, because BANDAI’s Digimon Card Game is joining our marketplace on TCGplayer.com!

What initially started out as another variation of the virtual pets craze in the 90s has grown into a successful and widely-beloved series. Despite being overshadowed in the West by other Japanese franchises, Digimon continues to be popular among Japanese audiences, spanning numerous media including an animated series, movies, video games, and even a previous BANDAI card game in 1997. Now in 2020, with a new Digimon anime reboot, BANDAI is bringing a whole new generation of Digimon cards for players to battle.

The Digimon Card Game has already been met with a large positive reception from Japanese players—now the Digital World is making its way over to fans in the United States, with the English release set for January 2021.

BANDAI will be kicking off the English Digimon release with Special Release Booster Ver.1.0, a set which will include singles from three sets already circulating in Japan, as well as three new starter decks: Gaia Red, Cocytus Blue and Heaven’s Yellow.

In preparation for this English release, TCGplayer is adding a whole new category onto our catalog for the Digimon Card Game. Sellers can now start listing sealed products for presale, with singles to be added upon release.

Have questions or feedback for our team? Contact us at catalog@tcgplayer.com.