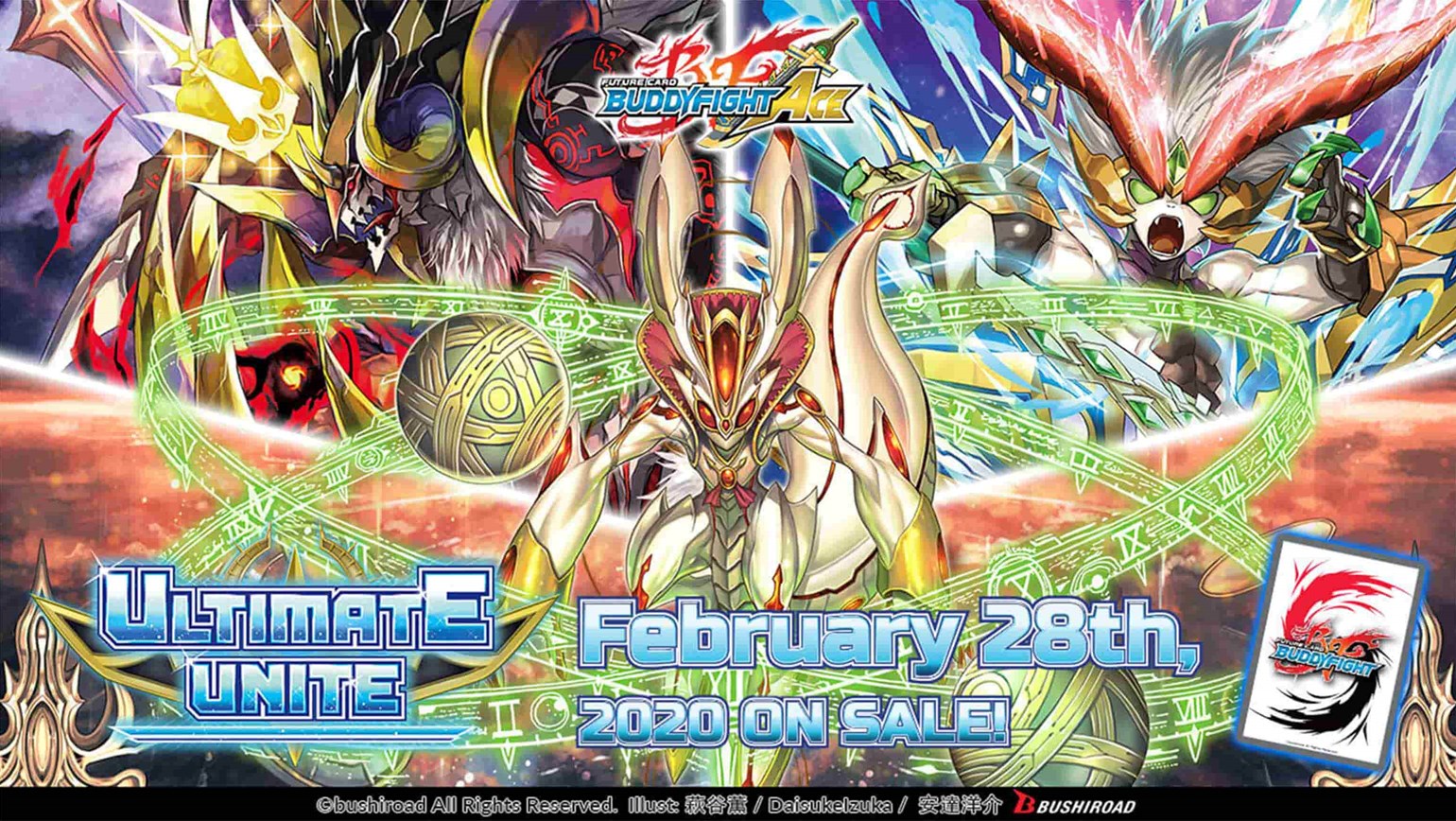 Players will be able to power up their decks with upgrades for not just the Deity Dragon Tribe and Time Dragon, but also for Legend Dragon, Evil Demonic Dragon and more. Prepare for the ultimate showdown by listing Ultimate Unite for presale on the TCGplayer Marketplace. 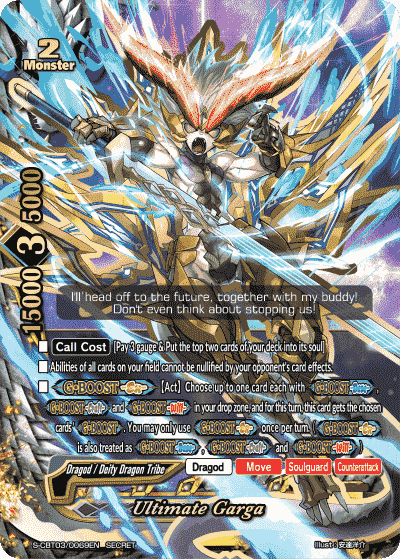 Garga reaches his final form with Ultimate Garga! As the culmination of all Garga forms released since S-BT04, Ultimate Garga is able to use all the different versions of G・BOOST by drawing on the cards in your drop zone.

G・BOOST-Base- can offer a tremendous increase in power and an extra critical. With G・BOOST-Craft-, your cards can get Double Attack, Penetrate, or even Triple Attack. With G・BOOST-Will-, your attacks can drain your opponent’s life. Best of all, thanks to Ultimate Garga, none of these abilities can be nullified by your opponent’s card effects!

Just when you thought the fun would stop at Godclock, we present yet another flag for Time Dragon: Overgod, “0”! Similar to Lost World, Overgod, “0” can’t be used at the start of the fight and can only be placed into player’s decks, meaning you will have to draw it during gameplay.

Overgod, “0”, mirroring Perfected Deity of Eon, The Endruler Dragon, also has the frightening ability to stop the time of your opponent and their cards. Not only that, it is also able to reduce the defense of all of your opponent’s cards to zero! With 12 critical, you’re sure to close out the game in short order. 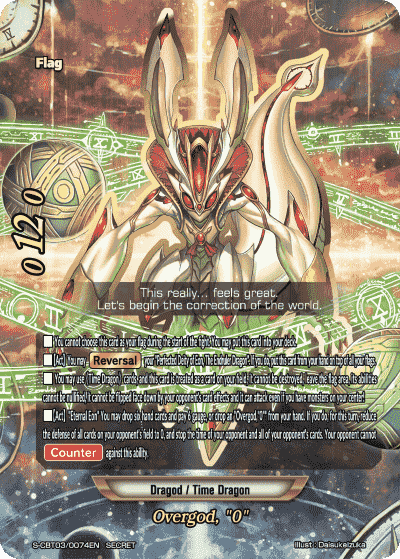 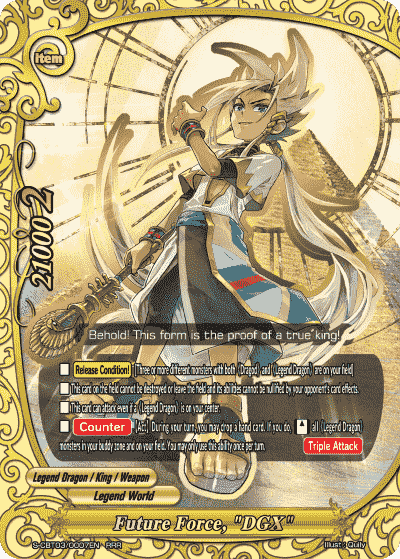 Legend Dragon received an exciting boost with its very own Future Force. On top of its outstanding 21000 power, Future Force “DGX” is able to stand all Legend Dragon monsters as well as the buddy zone, adding yet another way to reset your Buddies.

Following the trend of having access to powerful abilities when the player is low on life points, you can call Belial from hand at any counter timing. In addition, the new Belial gives all Evil Demonic Dragon monsters 666 critical—alongside the all-important Penetrate. 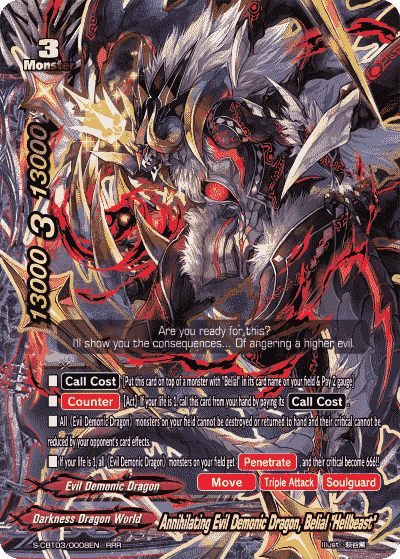