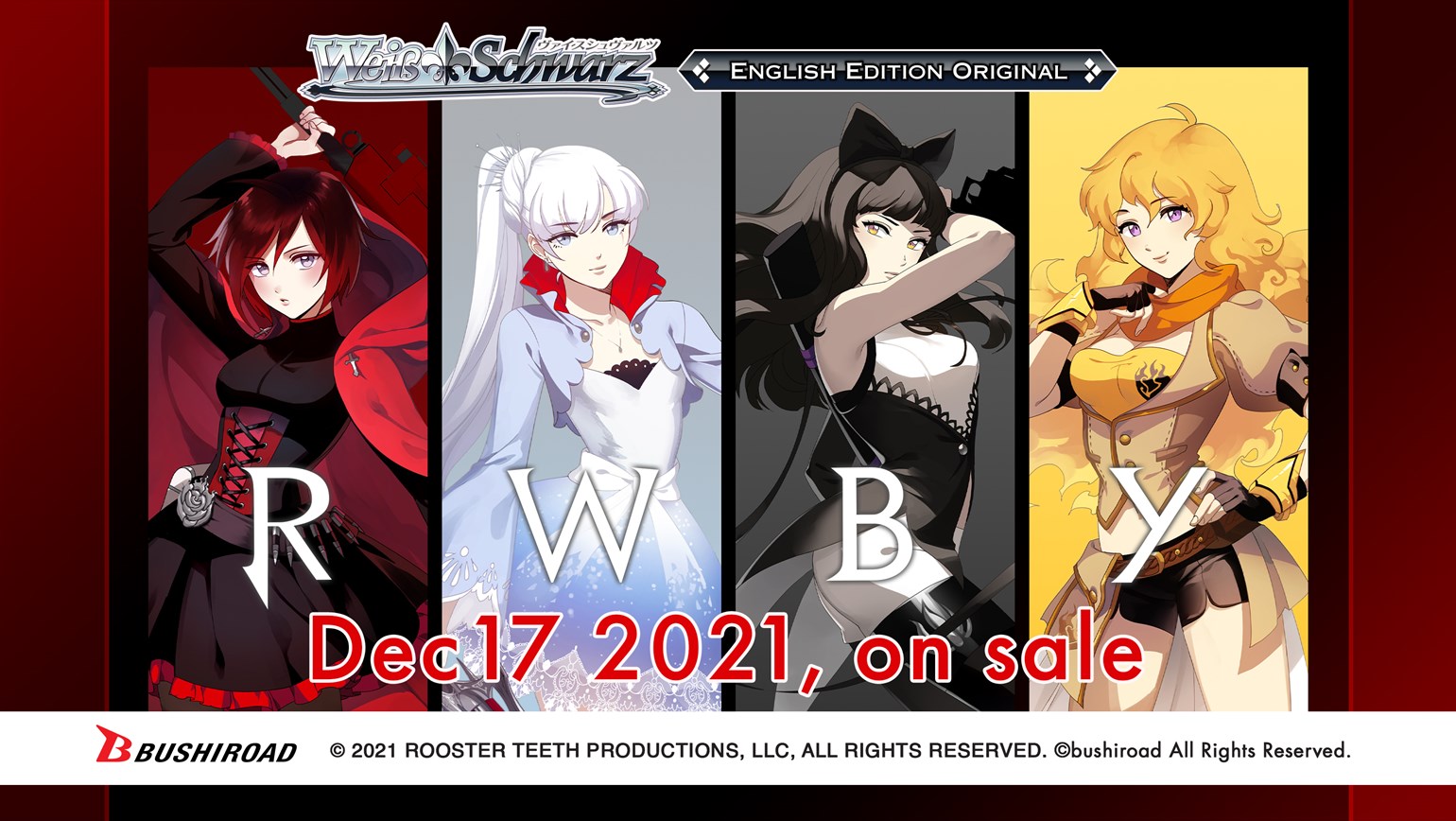 The future-fantasy world of Remnant is now part of Weiss Schwarz!

Follow the adventures of Ruby, Weiss, Blake, and Yang as they train to be Huntresses and defend the world from ravenous monsters and villains! This American multimedia franchise that started as an anime web series has spawned multiple spinoffs and has now joined Weiss Schwarz as our latest English Edition Original!

It’s time to meet the main cast and see Team RWBY in action! 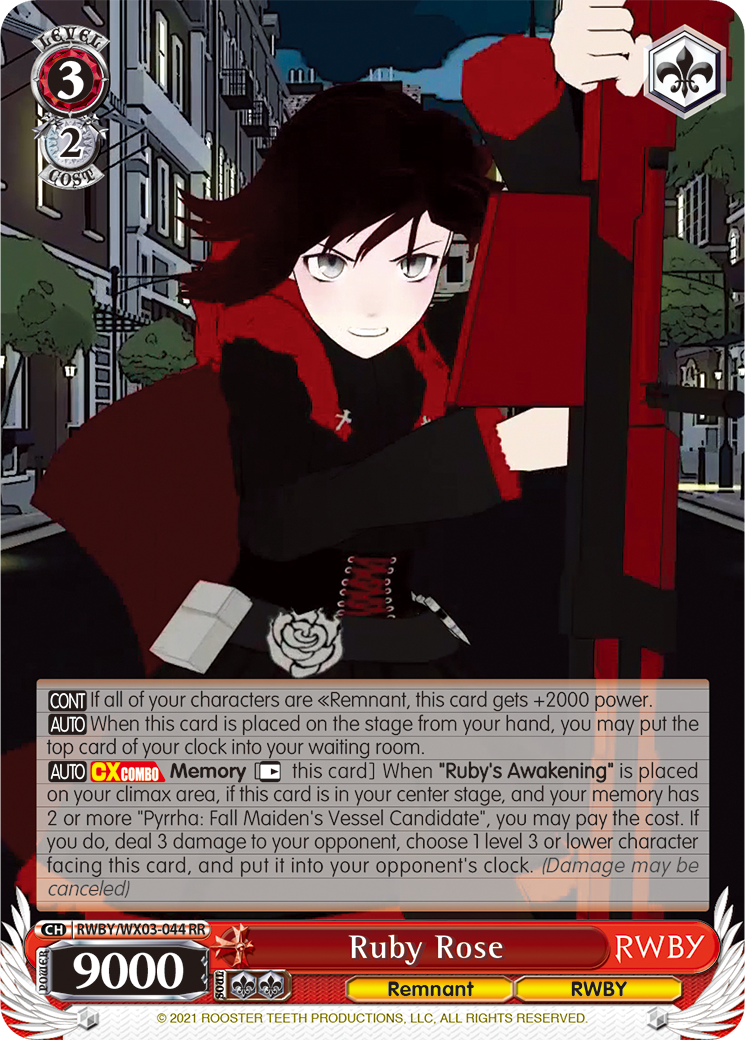 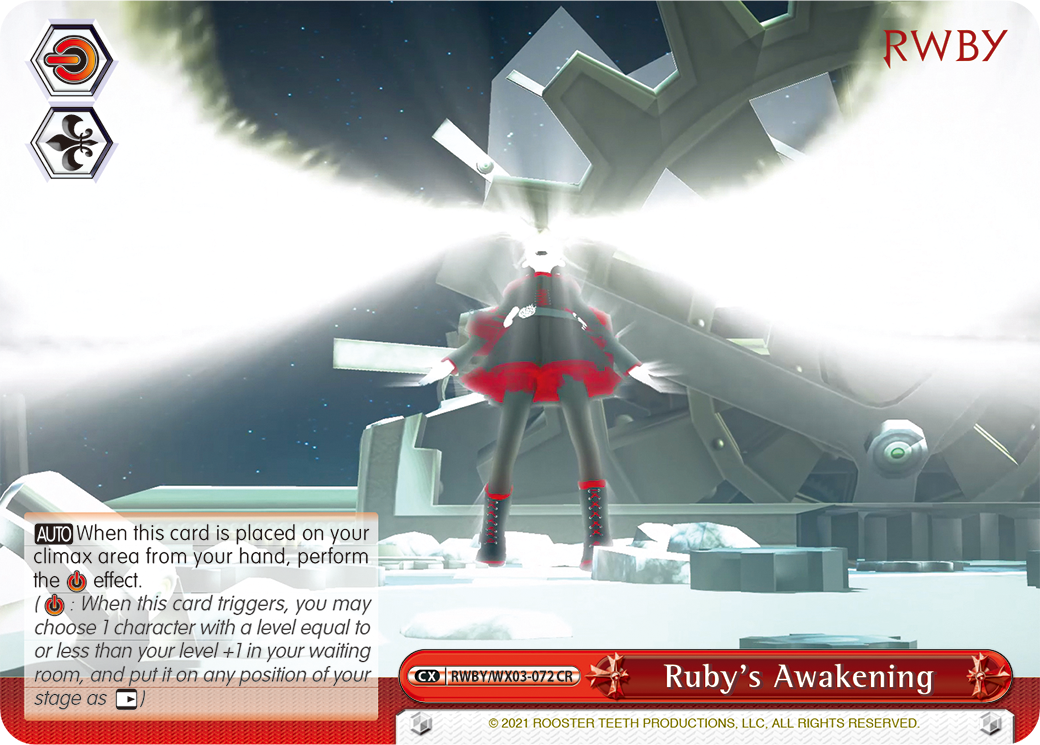 The Ruby’s Awakening climax combo allows Ruby to snipe her opponents from afar! In place of your regular attack, Ruby will deal a flat three damage while also sending the opposing level 3 or lower character to your opponent’s clock!

The sweetest smile will melt your troubles away! 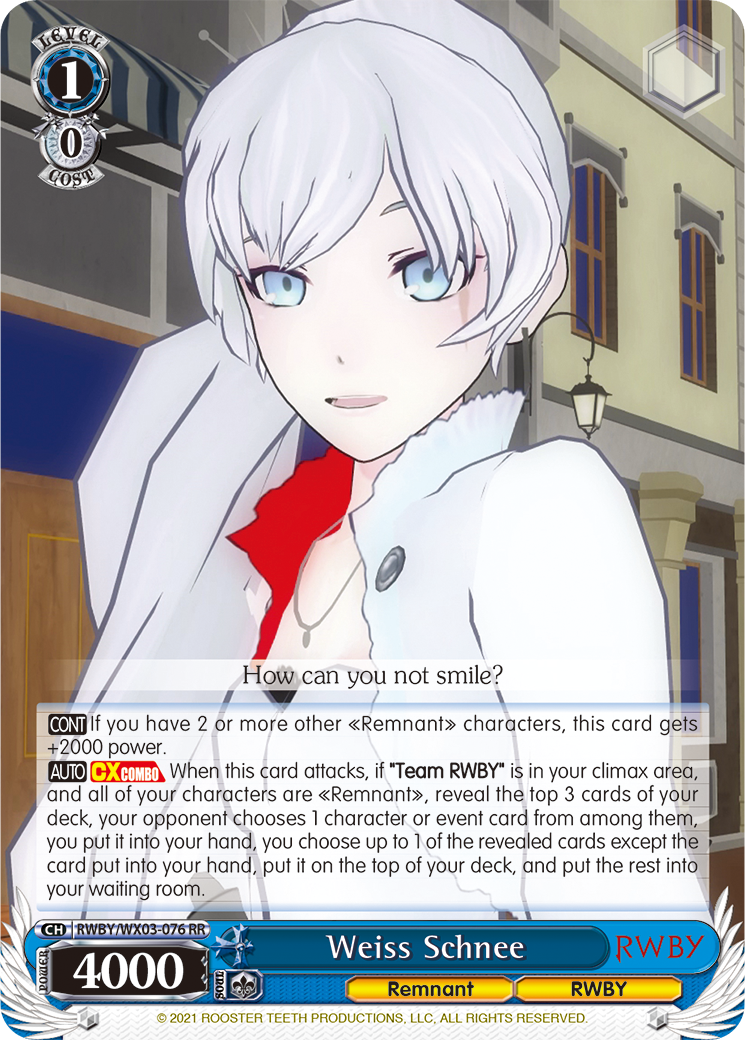 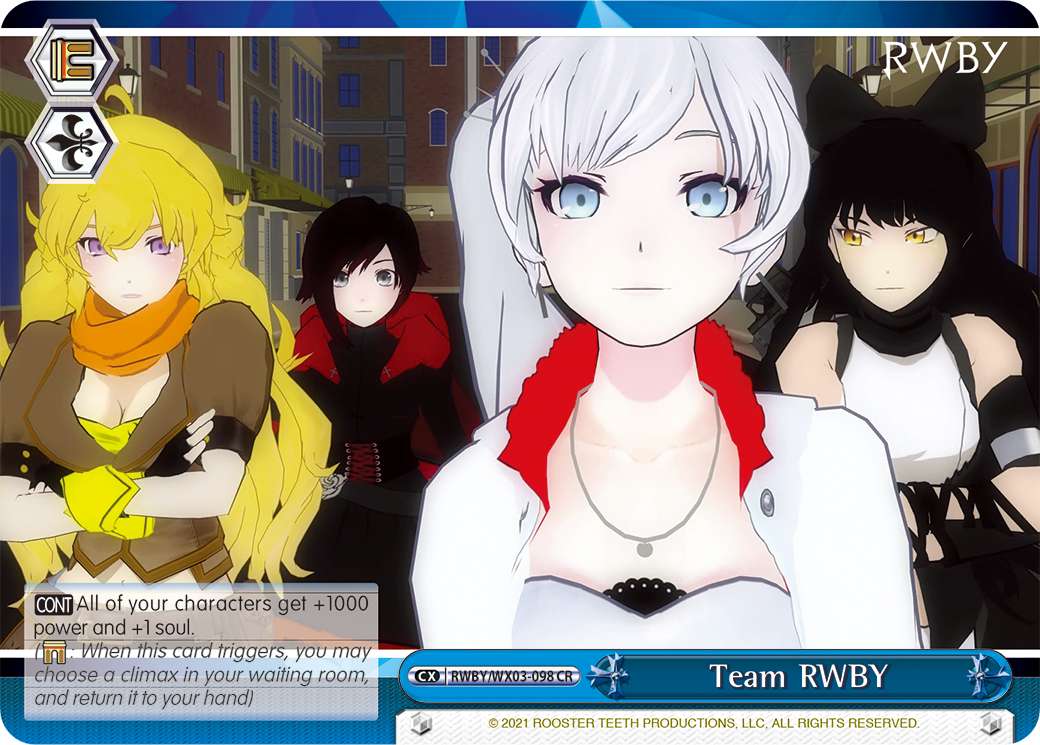 There’s strength in numbers! Search for your allies with the Team RWBY climax combo that helps you accelerate your win condition by adding two additional cards to your hand! 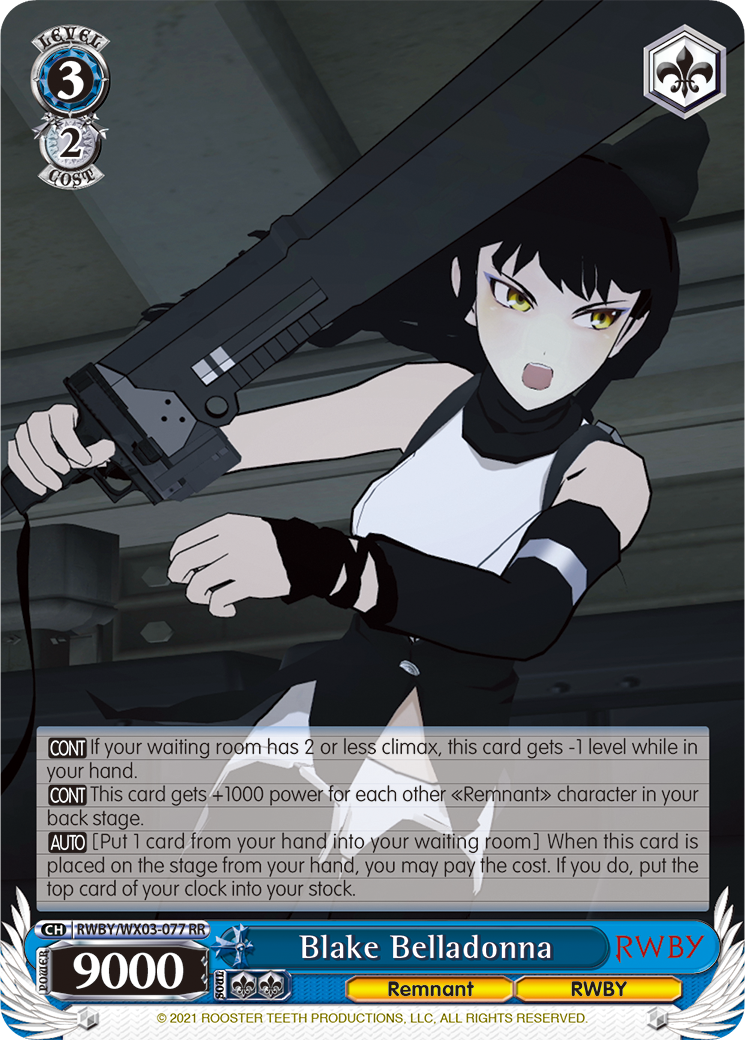 Blake Belladonna is a powerful midgame threat thanks to her ability to come down one level earlier and replenish your stock. With an almost guaranteed 11,000 power, your opponents will have a hard time bringing her down! 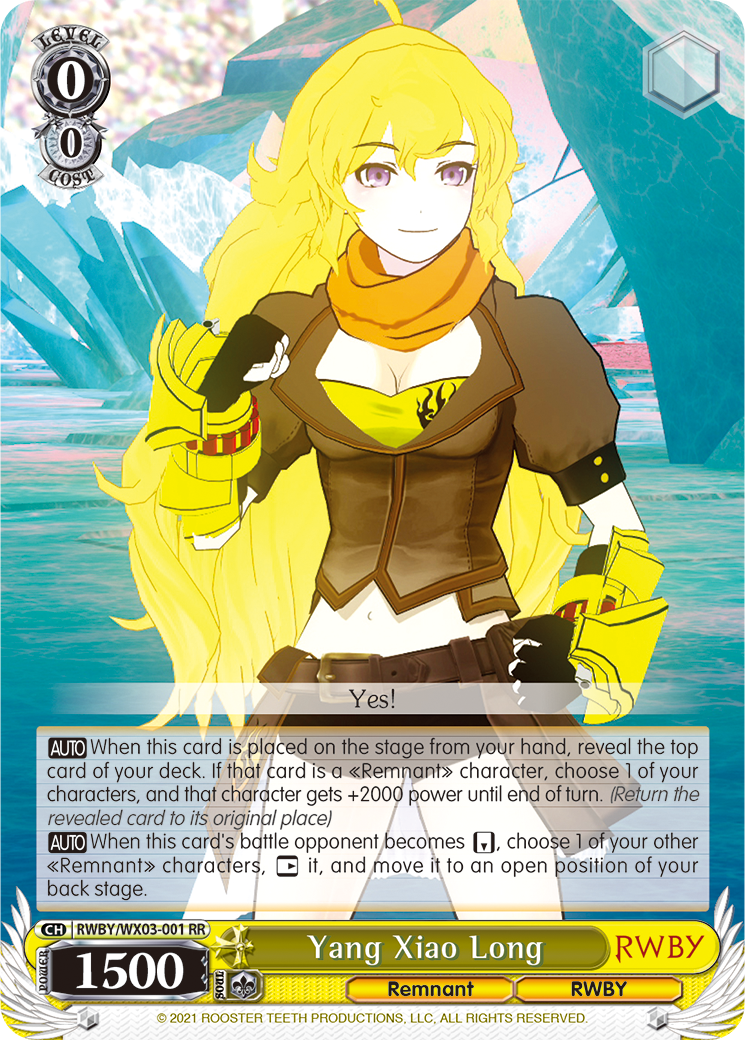 The spunky blonde Yang Xiao Long is a powerful addition to any deck thanks to her ability to give another character +2,000 power and ‘save’ an ally character!