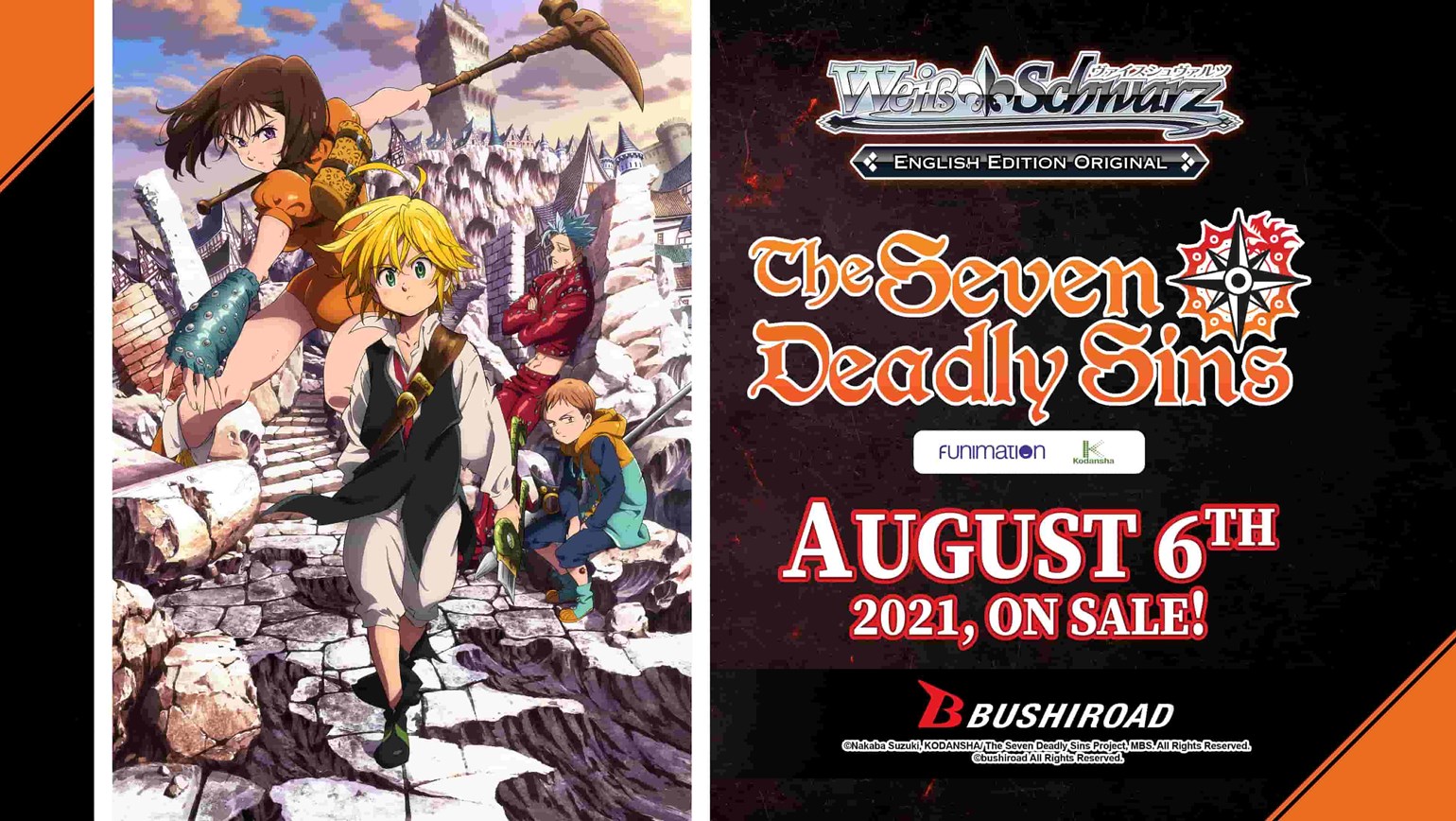 Take back the kingdom with Elizabeth and gang as The Seven Deadly Sins makes their explosive debut in the world of Weiss Schwarz! Assemble the knights in this exclusive English Edition Original with the release of the Trial Deck+, Booster Pack, and Supply Set this August.

The Seven Deadly Sins has sold over 37 million copies as a manga and was subsequently adapted into four seasons, an OVA, and a film. This set features key characters from both the Seven Deadly Sins, Allies of the Sins, and the Holy Knights.

Recreate some of the most epic fight scenes with this set!

The latent powers of Elizabeth: Druid Priestess are awakening to unleash an Incredible Power! 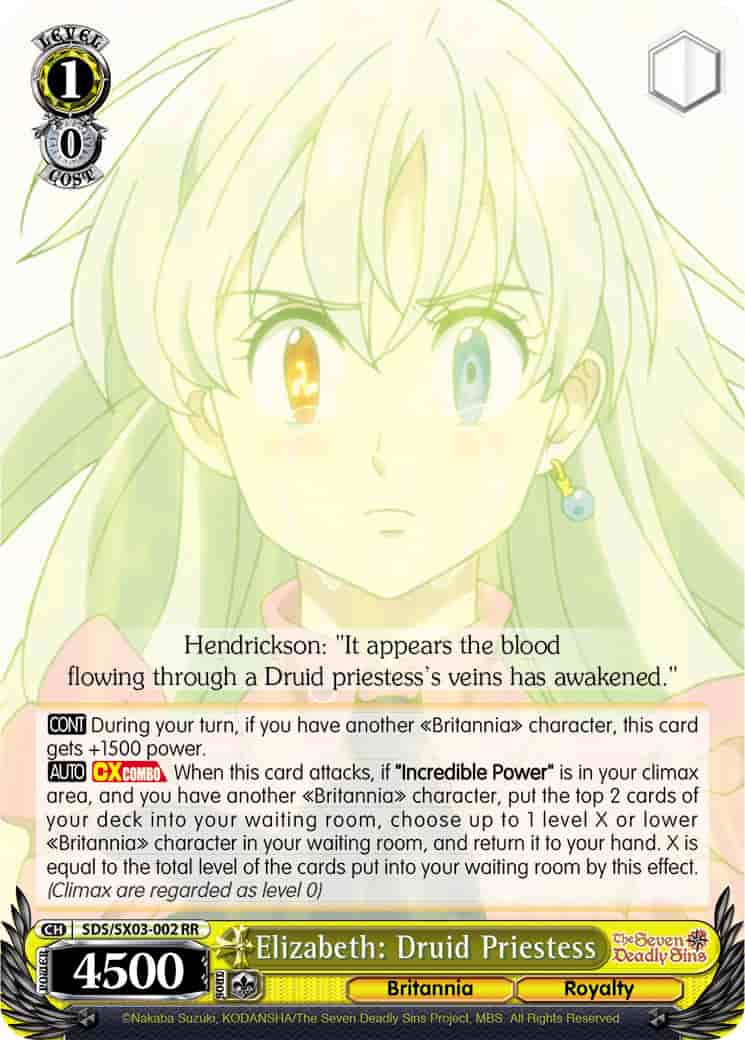 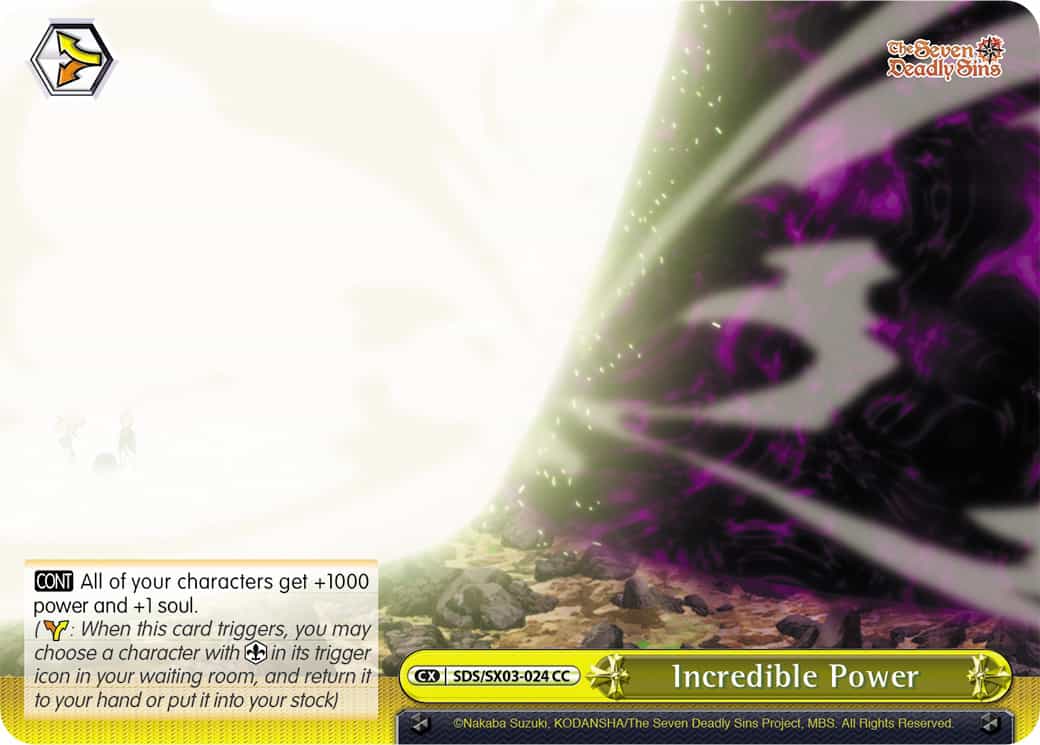 Her first ability gives her an easy boost of +1,500 power in the presence of her Britannia allies, while her climax combo allows you to search for a fallen ally by retrieving one character from your waiting room.

Increase! Chastiefol’s fifth configuration that launches a flurry of kunai-like spears at the enemy has been recreated in this climax combo of King: Wielder of Chastiefol and Versatile Weapon! 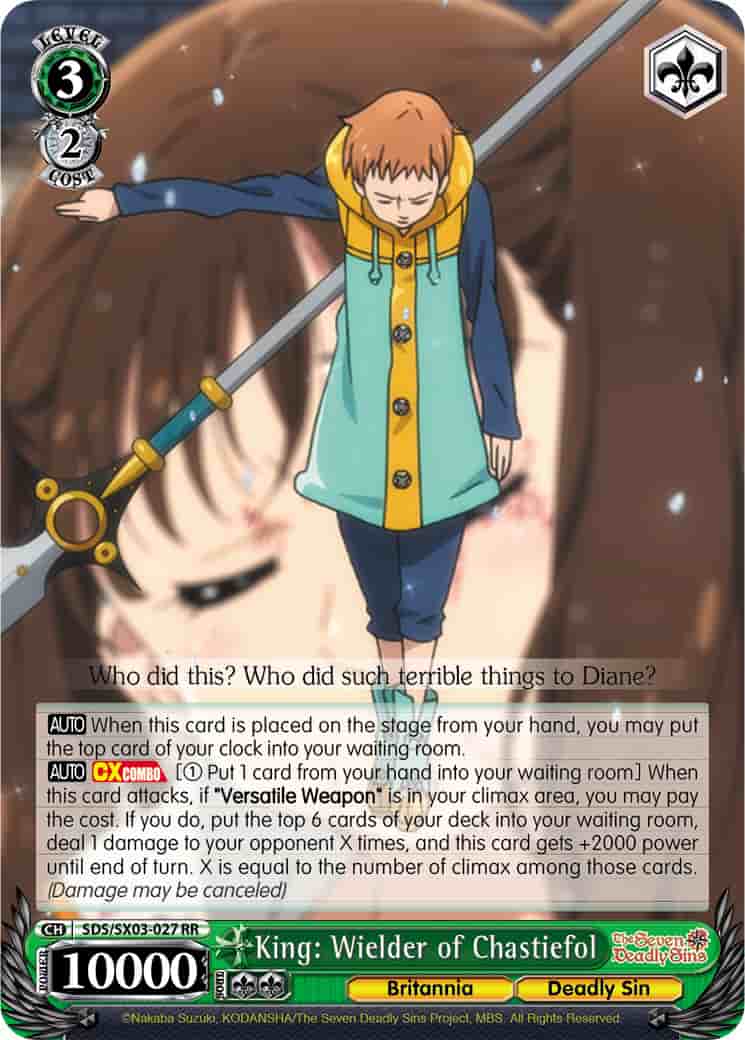 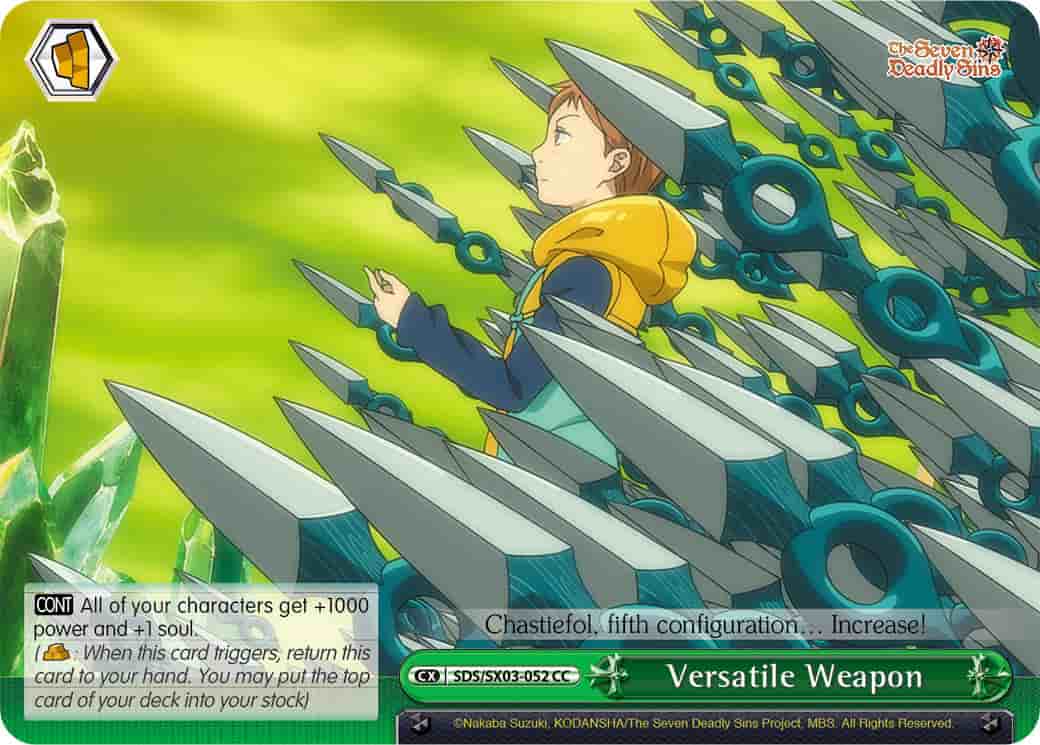 Chastiefol’s transformation gives him a useful +2,000 power boost and the kunai rainstorm slices through opponents, dealing an additional one damage for each additional climax revealed from the top of your deck (up to six times).

Gowther: True Identity may seem unassuming at first with a rather basic stat line and no secondary effects, but his effect actually enables an explosive midgame play! 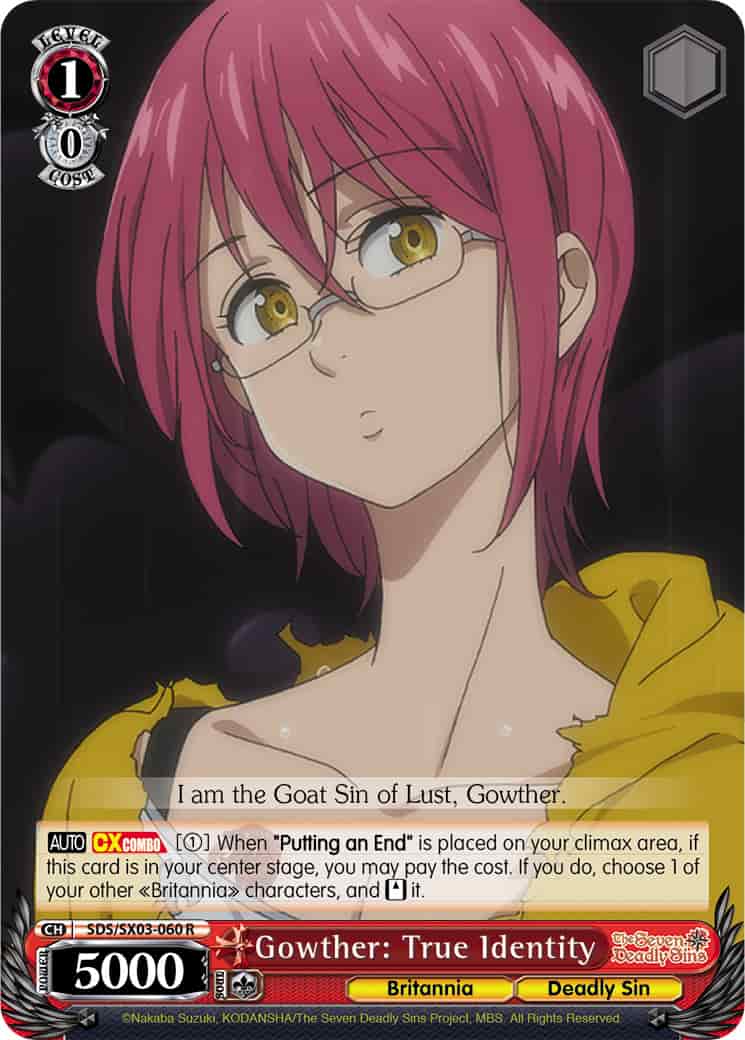 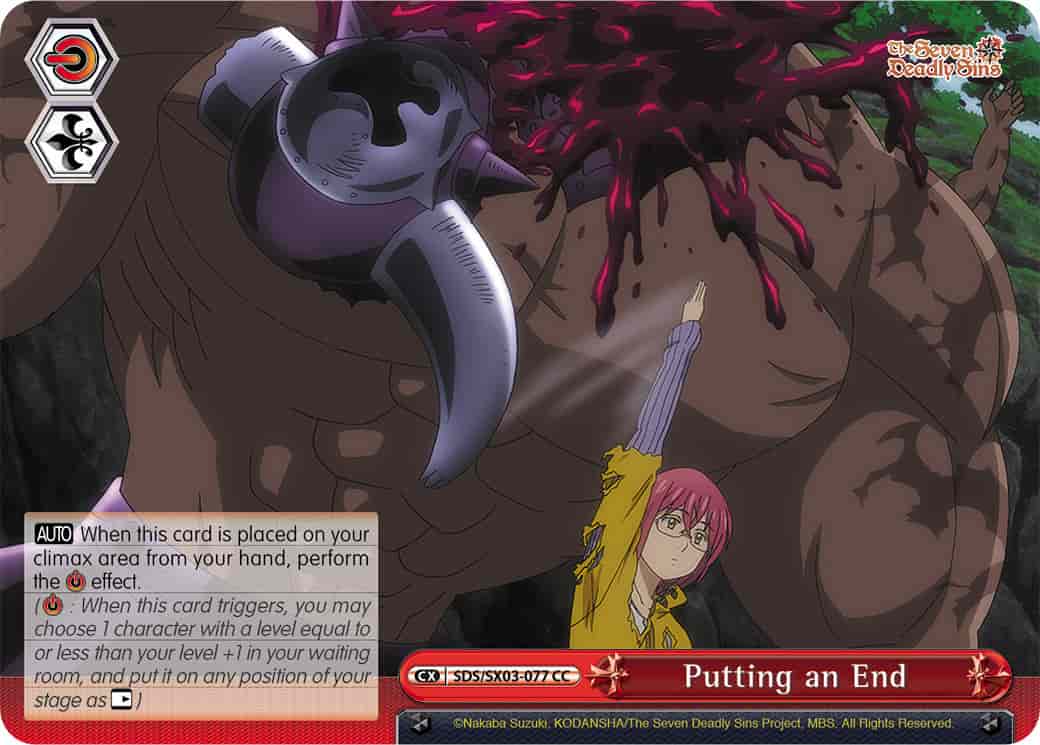 Make use of Putting an End to return a character from your waiting room onto stage rested, then stand it with Gowther’s climax combo. Use it to get an immediate boost in numbers you’ll appreciate!

The corpse of the Red Demon grants Hendrickson: No Longer Human a Forbidden Power! 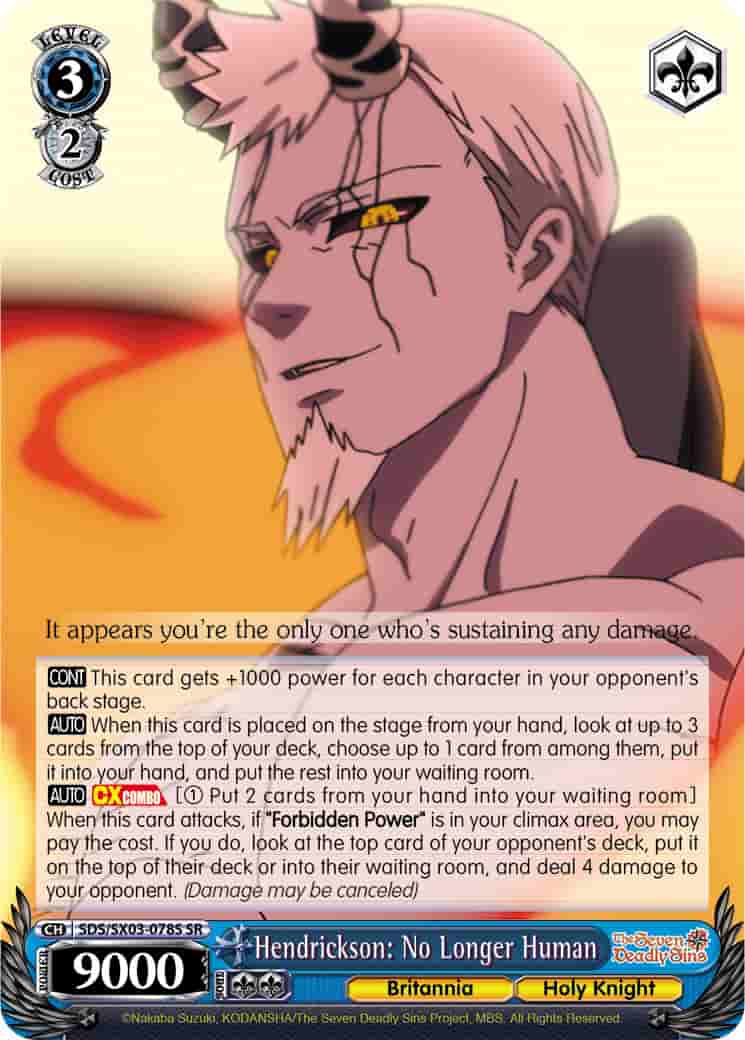 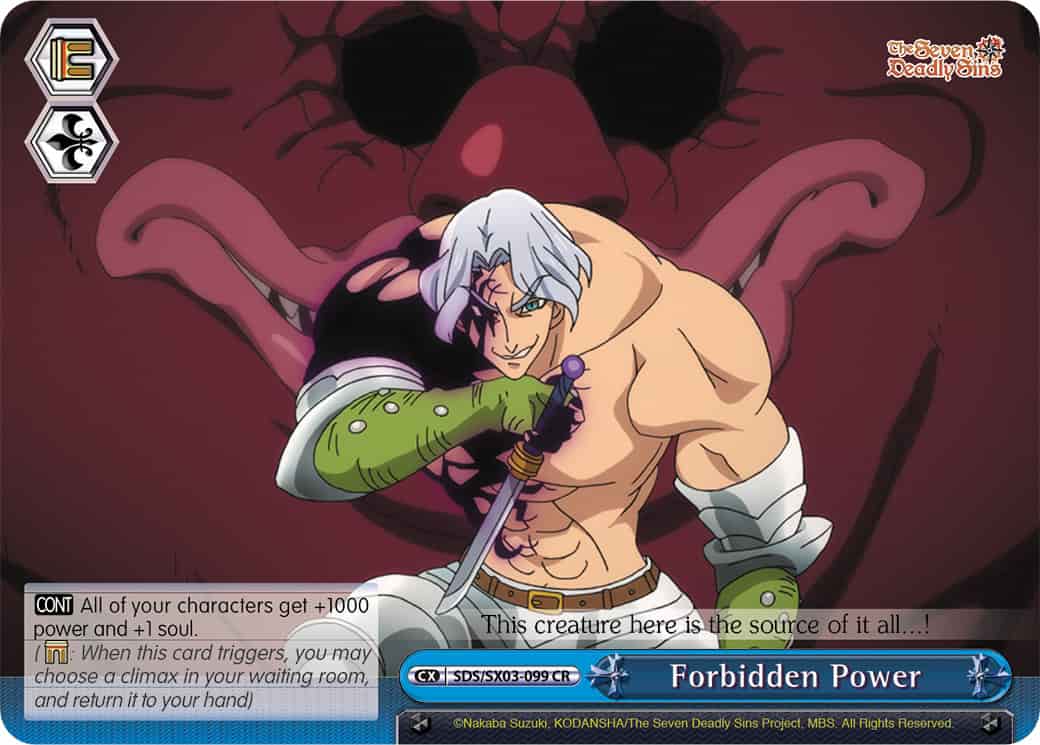 Despite having slightly less power, his first effect helps you to swing wide by searching for another character to play or prepare resources for his devastating climax combo. It’s a hefty price to pay, but by discarding two cards, you can manipulate your opponent’s next draw and potentially burn for up to four damage!