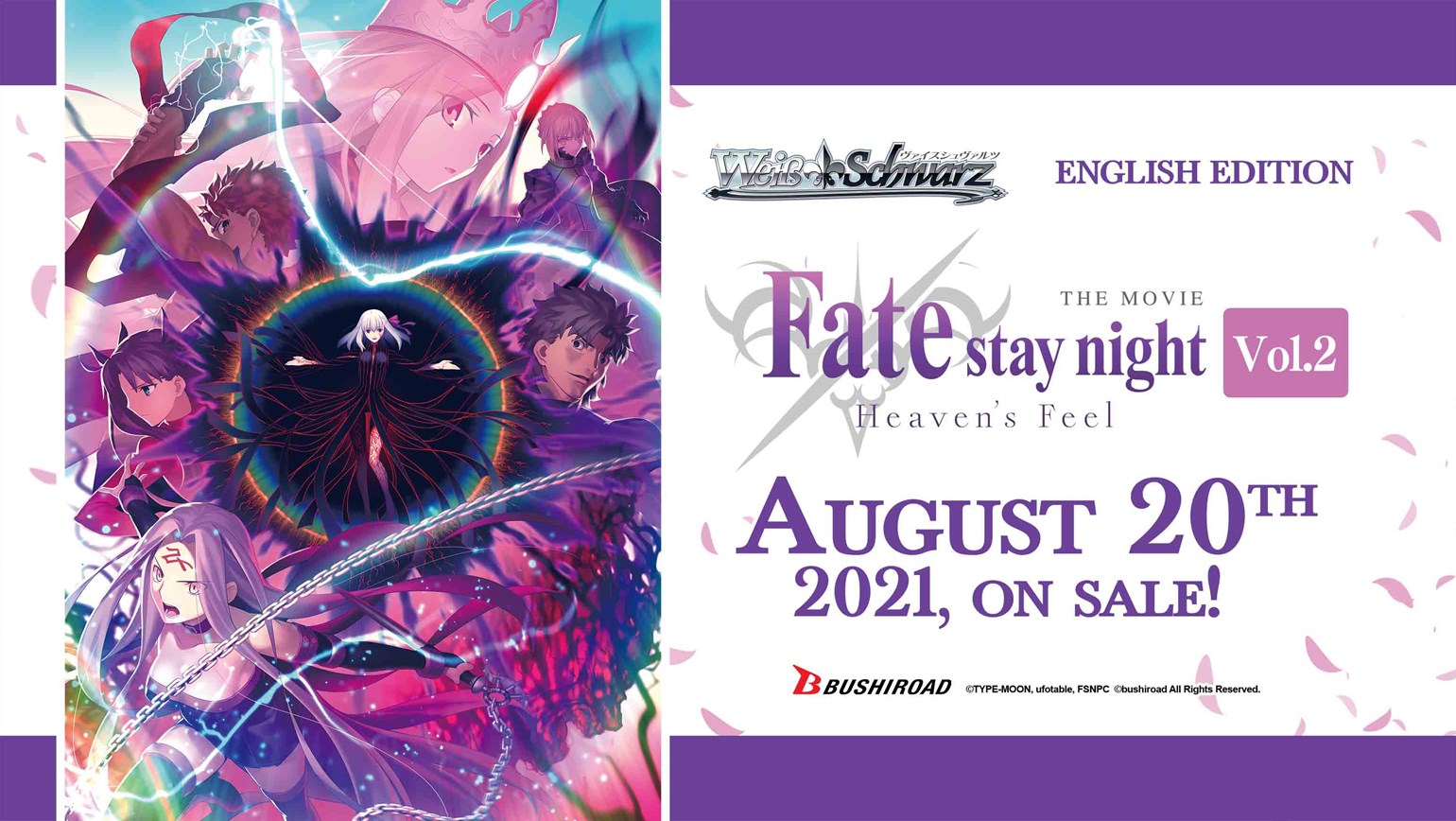 The race to end the Holy Grail War continues with the release of Booster Pack Fate/stay night [Heaven’s Feel] Vol.2 this August.

The Heaven’s Feel trilogy is one of three possible routes in the ever-popular Fate/stay night series. Originally a visual novel, the series has since received several anime series, film adaptations, and spinoffs. This set features key characters that players have come to know and love.

Here are some of the climax combos that will take your Fate decks to the next level! 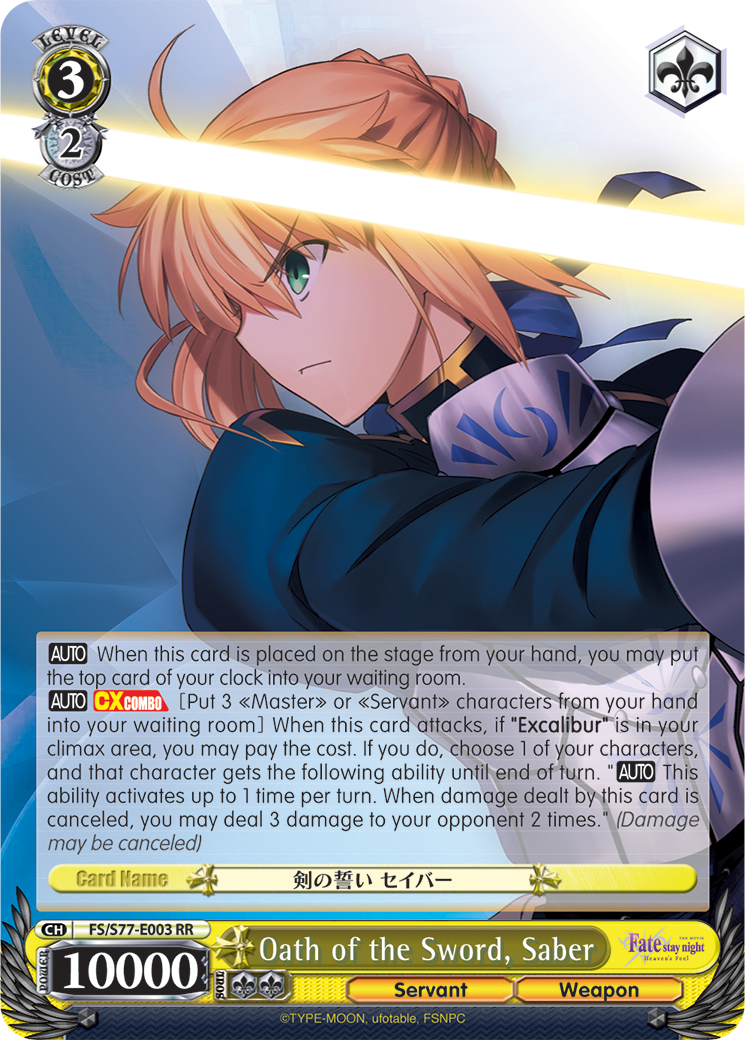 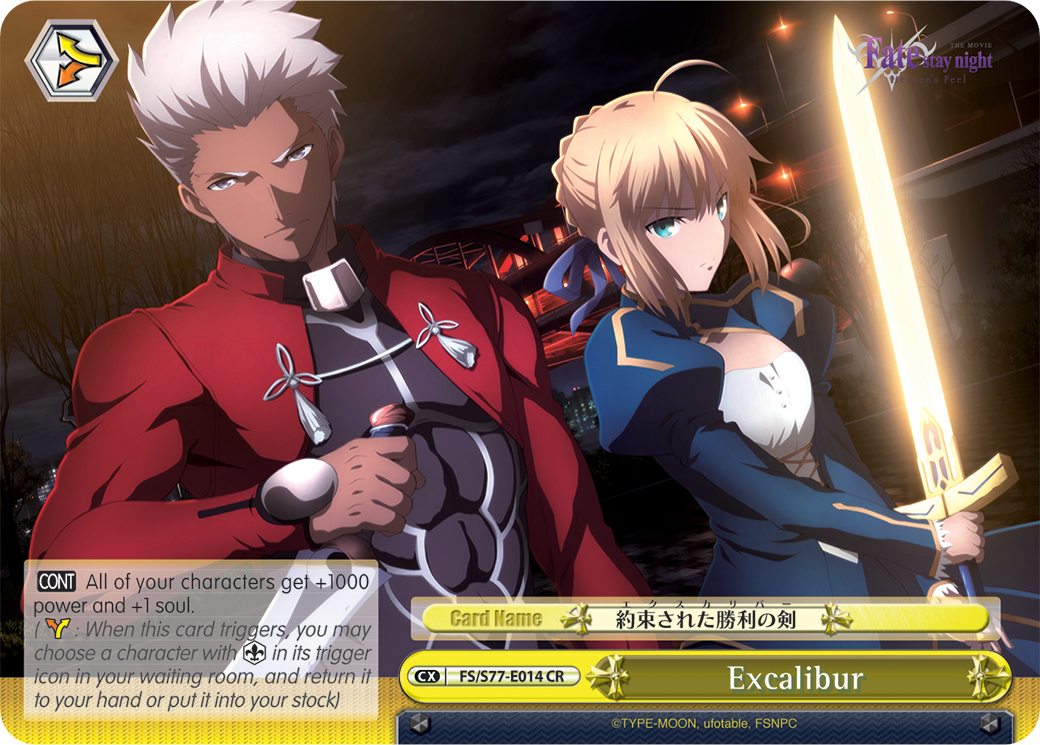 Swing for the finish with Oath of the Sword, Saber and Excalibur! The climax combo is the perfect late game finisher, allowing for a massive six damage burn if your opponent is unlucky. This is also the first Excalibur climax that comes with the Choice icon, allowing you more flexibility in your deckbuilding. 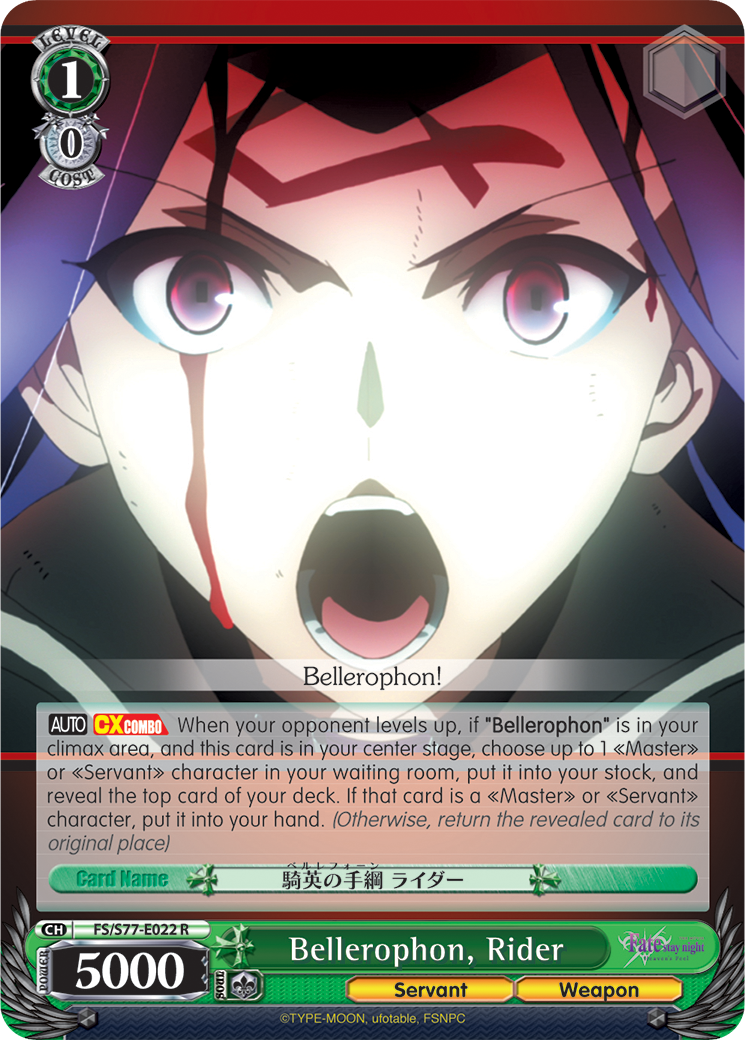 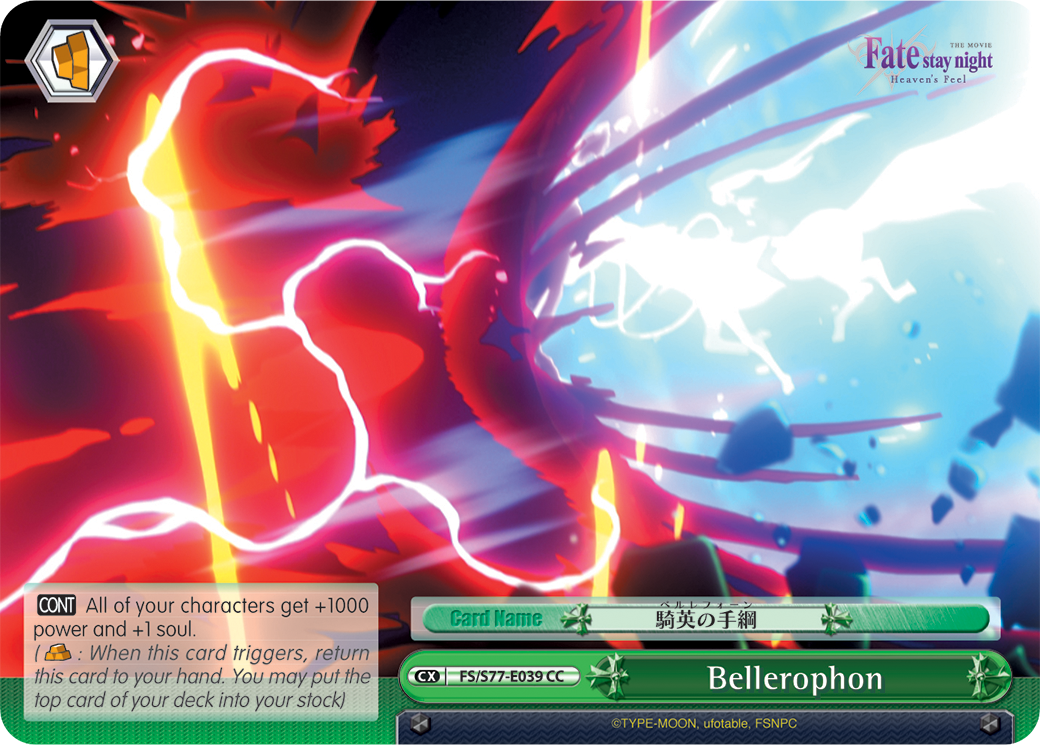 A well-timed attack could pay dividends! You will get a healthy replenishment of resources if you cause your opponent to level up when the Bellerophon, Rider and Bellerophon climax combo is in play. Use this to your advantage and press your lead in the next turn! 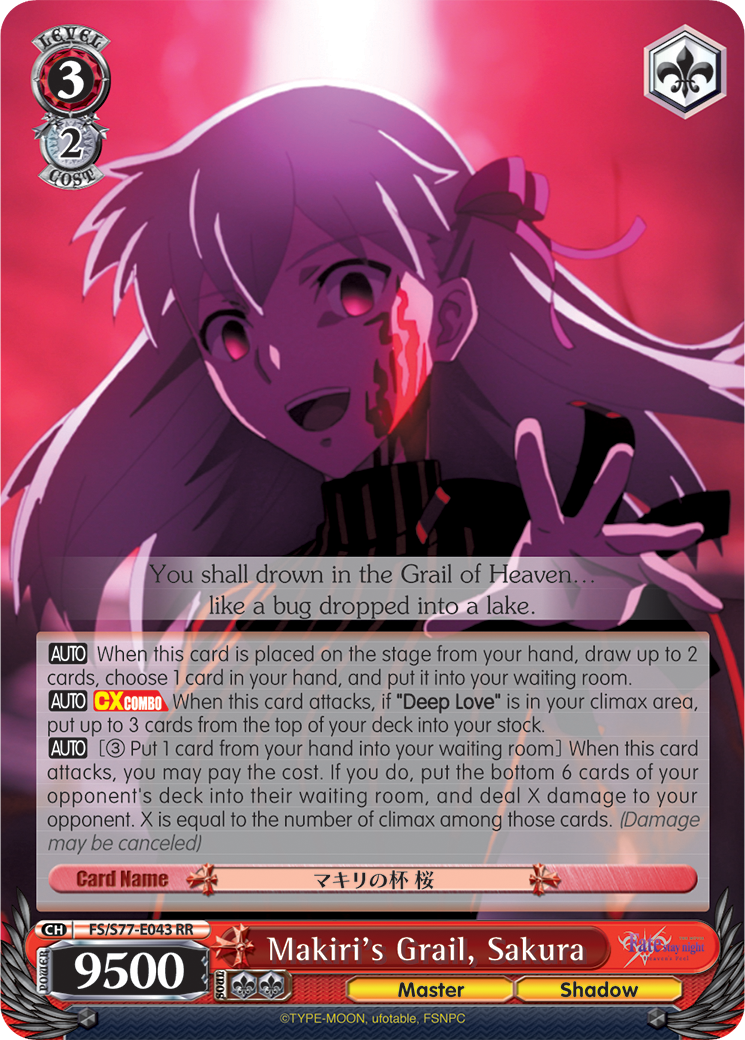 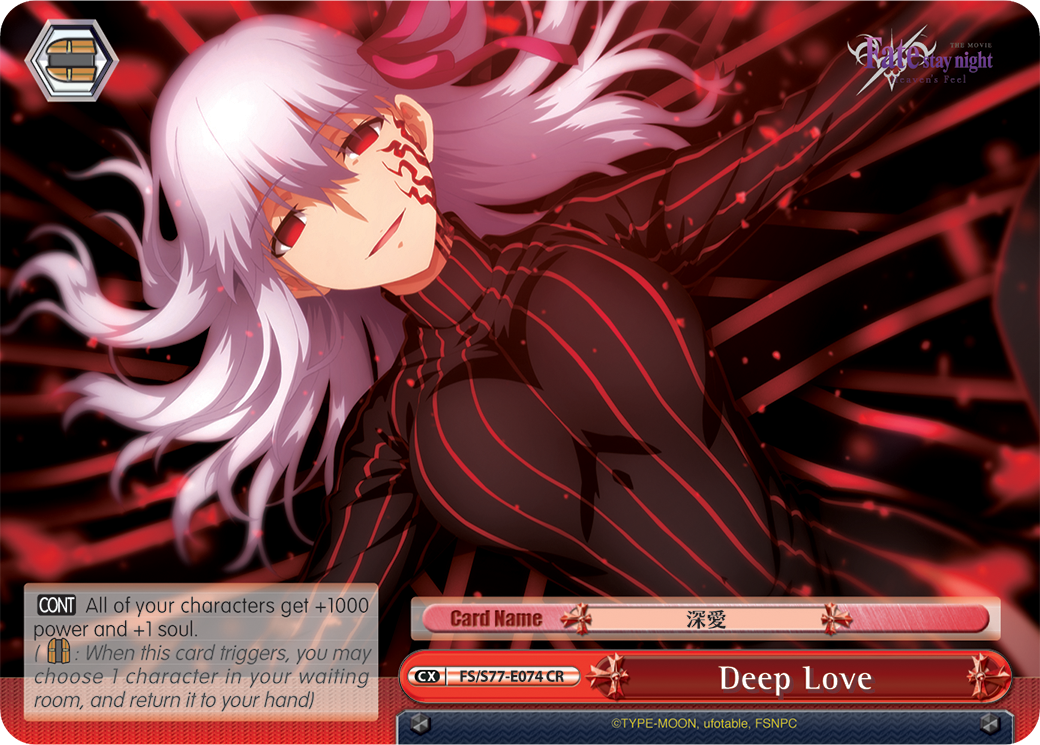 Makiri’s Grail, Sakura trades battle power for versatile game-winning abilities! When paired with Deep Love, the climax combo is a potent late game play that replenishes your stock, puts your opponents closer to refresh, and deals damage to them at the same time! 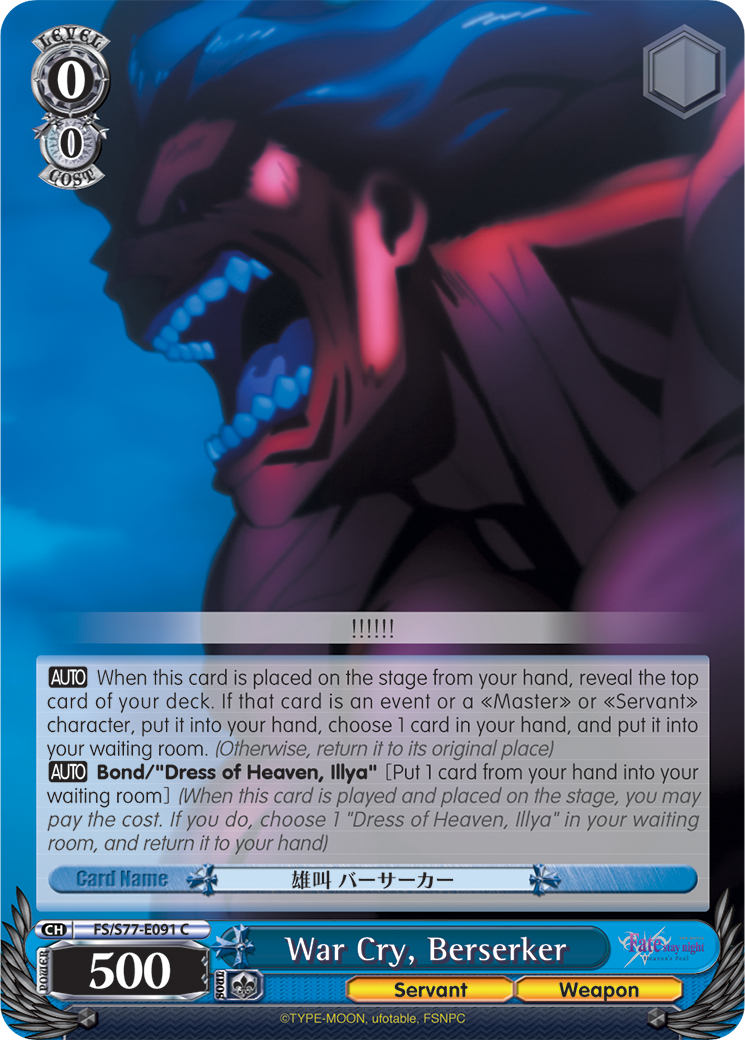 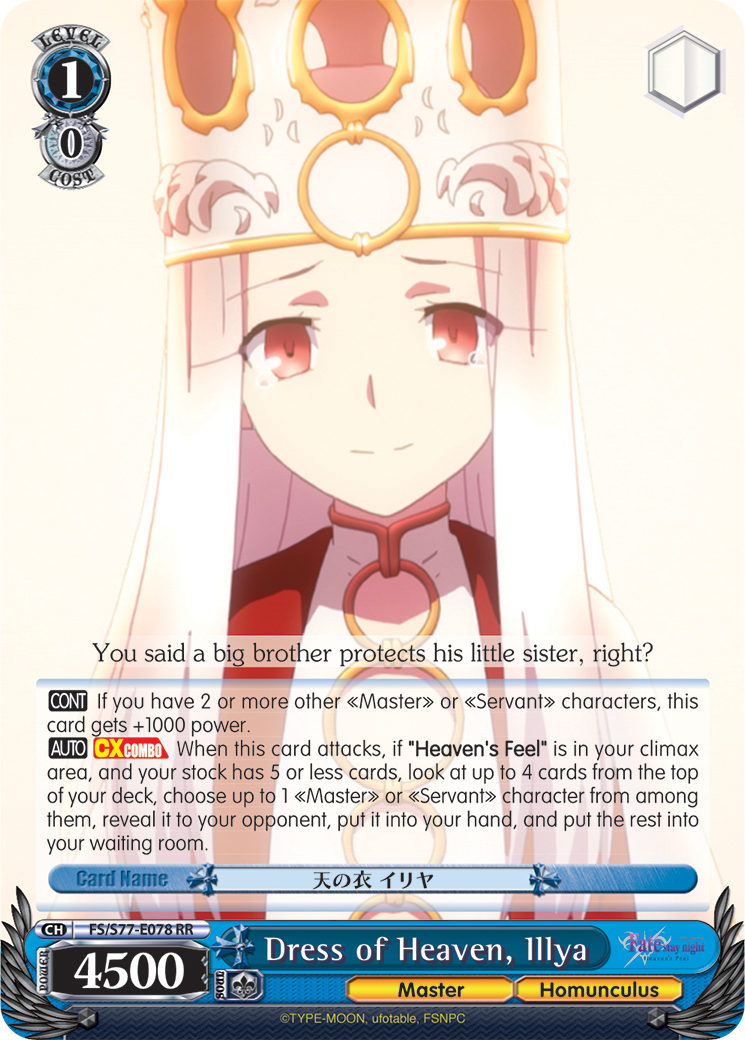 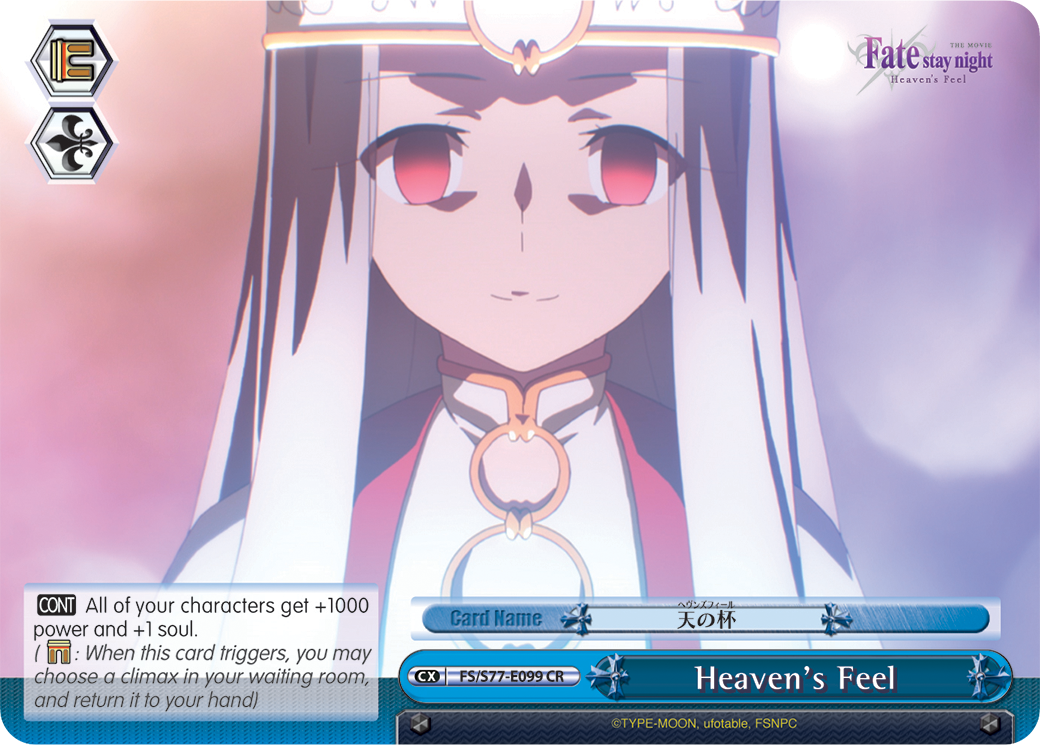