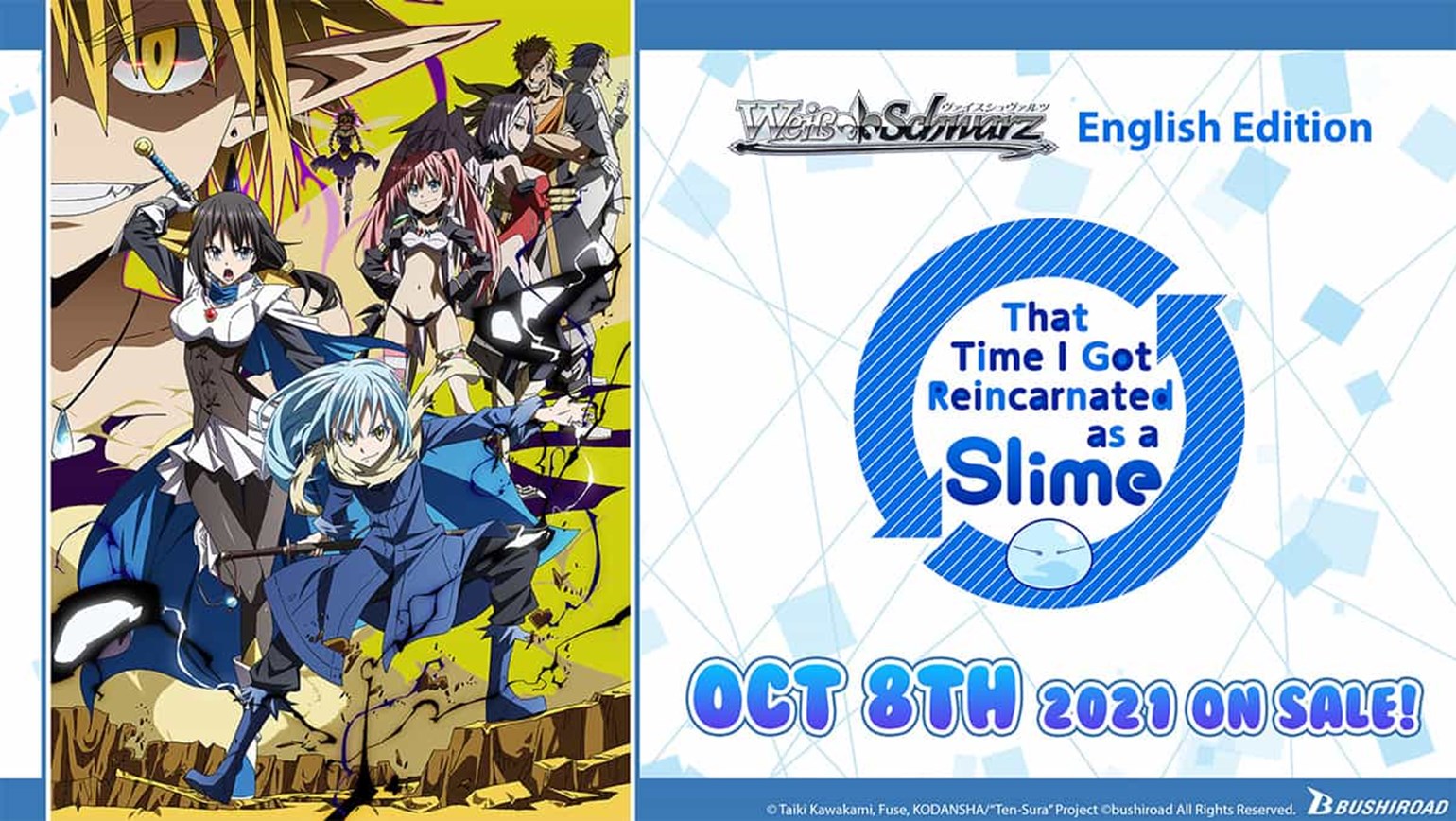 Join Rimuru and gang as they set up the Jura Tempest Federation and continue their adventures with the release of Booster Pack That Time I Got Reincarnated as a Slime Vol.2 this October!

That Time Got Reincarnated as a Slime is a serialized light novel series that has consistently ranked within the top ten best-selling titles for the past three years. This set further expands the first season of the anime adaptation and features key characters from the newly formed alliance.

The baton has been passed to Inherited Form, Rimuru! 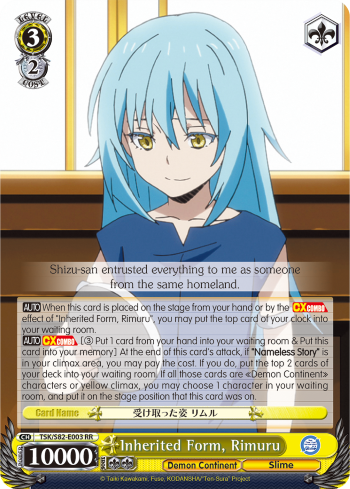 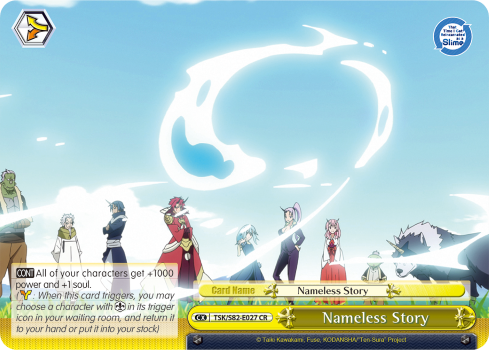 When paired with the Nameless Story climax combo, Rimuru can send himself to your memory to return one character from your waiting room onto stage. The best part? If that character is Inherited Form, Rimuru, you would have healed two damage from your clock this turn and gained another chance to close out the game!

What a blessed existence to get a Delightful Cheek-Rubbing from Sweet Beauty, Shuna! 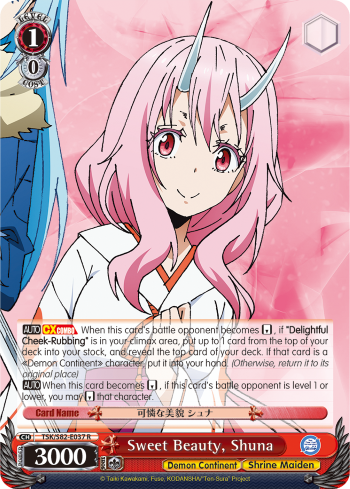 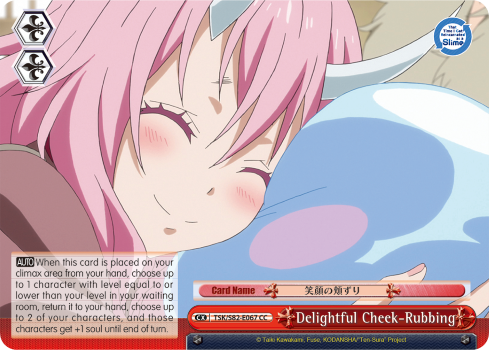 Shuna trades power for utility with a welcome reverse effect for any opposing level 1 or lower character. Furthermore, her climax combo ensures you’ll go into your next turn with resources by filling both your stock and your hand!

Shizu Resolutely Facing Off is a force to be reckoned with thanks to her useful deck search effect when she is placed onto stage. 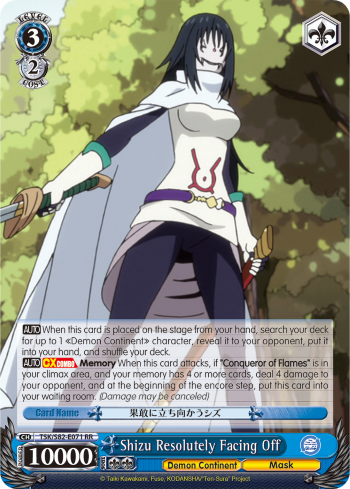 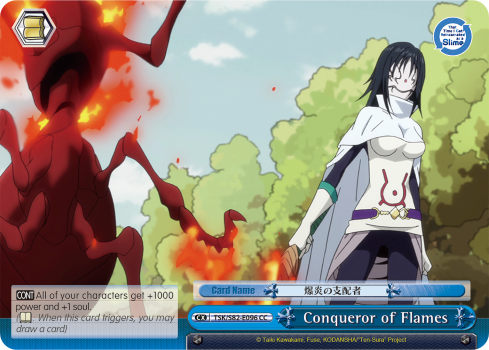 Your opponents will not survive to see another turn with the Conqueror of Flames climax combo that allows her to burn for four damage! While the prerequisite of having four or more cards in your memory may seem difficult to achieve, the remaining cards in this set provide plenty of ways to manipulate your memory.