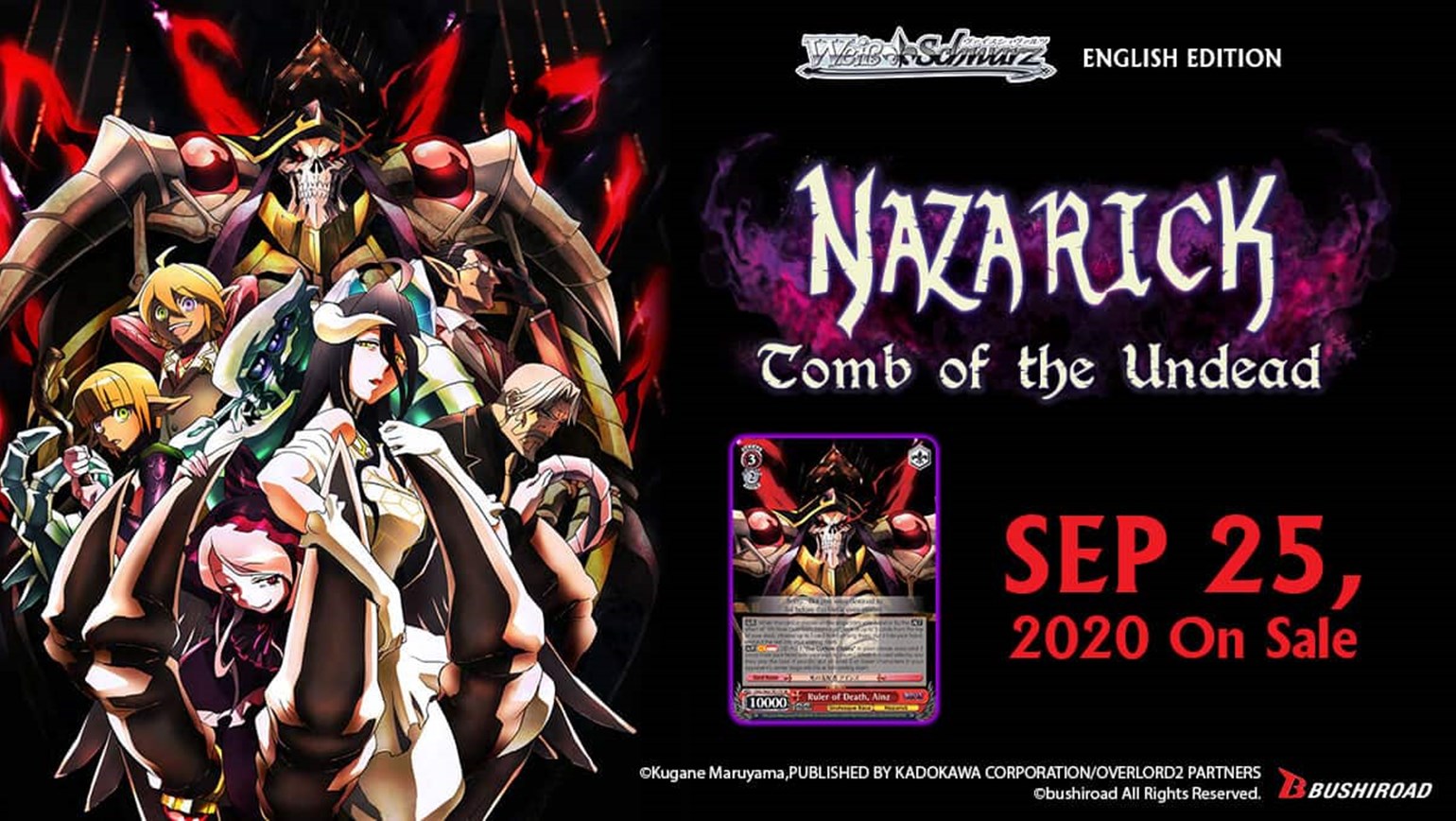 On September 25th, the hit anime series OVERLORD will be joining Weiss Schwarz English Edition as Nazarick: Tomb of the Undead, with the release of a Trial Deck+ and Booster Pack! The set features the protagonist, Ainz Ooal Gown, and other popular characters such as Albedo, Shalltear Bloodfallen, Naberal Gamma and more.

Check out these cards that pack a punch for offense-driven gameplay!

By the effect of its first AUTO ability, you can dig up to three cards deep into your deck to search for any character to add to your hand when you pay the cost.

However, what makes it functional as an offensive character comes in its second AUTO ability. When it is defeated in battle and its battle opponent is a level zero or lower character, you can remove the latter from the field by putting it into your opponent’s waiting room. 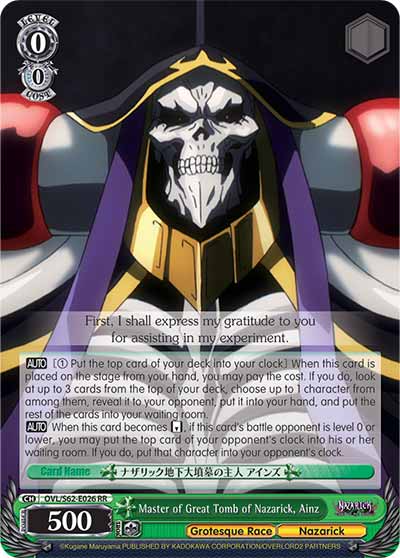 At level 3, this “Blue Eye” Evileye character card is a potential game finisher with its CX combo, 5th Tier Magic Caster! With the CX combo, you can opt to perform one of two effects stated in its second AUTO ability. 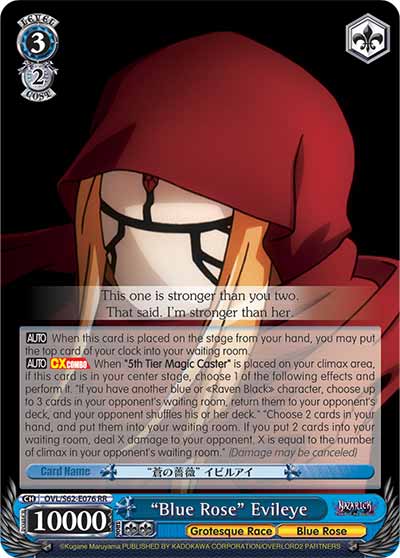 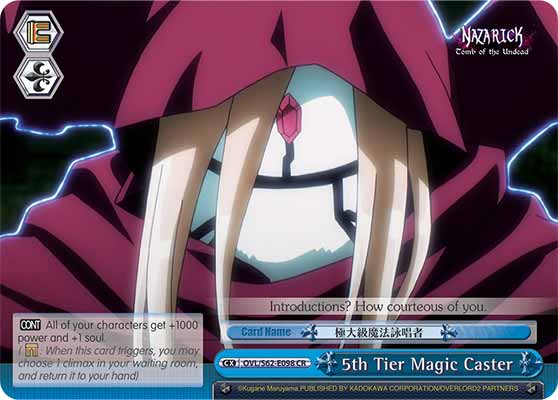 In the first effect, you can choose up to three cards in your opponent’s waiting room to return to their deck and have them shuffle it. This reduces the chances of having your damage getting canceled by your opponent revealing a climax.

On top of that, it also doubles up as a healer when you get one simultaneous heal through its first AUTO ability.

To date, this set is also one of the few current titles in Weiss Schwarz English Edition that utilizes the Level Experience mechanics, which requires a player to sum up the level of all their cards in their level area, in order to gain a bonus effect when it meets or is greater than the stated requirement on a card.

For instance, take a look at this Hero of Heroes, Momon character card! If the total level of cards in your level is two or higher, it gets a considerable boost of +2000 power by the Experience effect on its own. With its CX combo, it gets +1 level and a further neat boost of +2500 power until the end of your opponent’s next turn. Add in another +1000 power from its climax card, The Curtains Rise on a Legend and that is a total boost of +5500 power! 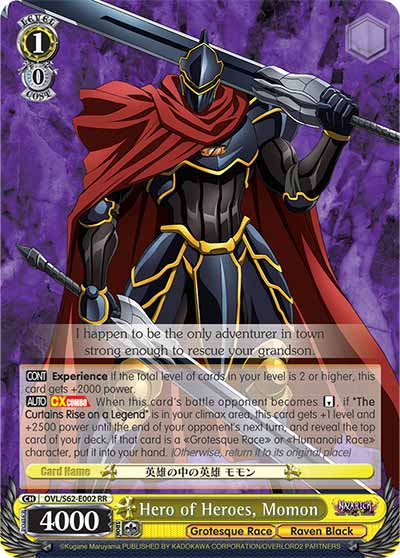 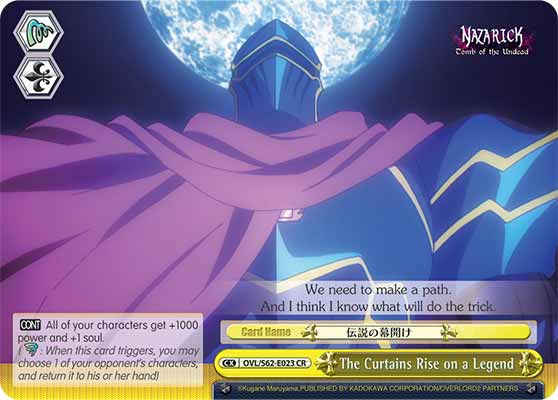 In addition, if you reveal a Grotesque Race or a Nazarick character from the top of your deck, you can add it to your hand without the need to search for an attacking character in your next turn.