Get ready for more fun and excitement as a new title, BOFURI: I Don’t Want to Get Hurt, so I’ll Max Out My Defense. joins the Weiss Schwarz English lineup, with the release of a Trial Deck+ and Booster Pack!

Based on a Japanese light novel series of the same name that was adapted into both a manga and an anime series, this set features the heroine Maple, alongside members from the Maple Tree Guild, Sally, Kasumi, Izu, Mai and Yui.

Check out these neat cards that can be found in this set!

New to the VRMMORPG NewWorld Online, Maple takes the path less travelled by going for defense rather than offense and as a result, she gains unexpected skills such as “Loving Sacrifice” in the form of a white angelic armor as recreated in her 3/2 CX Combo, Loving Sacrifice, Maple and its climax card, Loving Sacrifice. 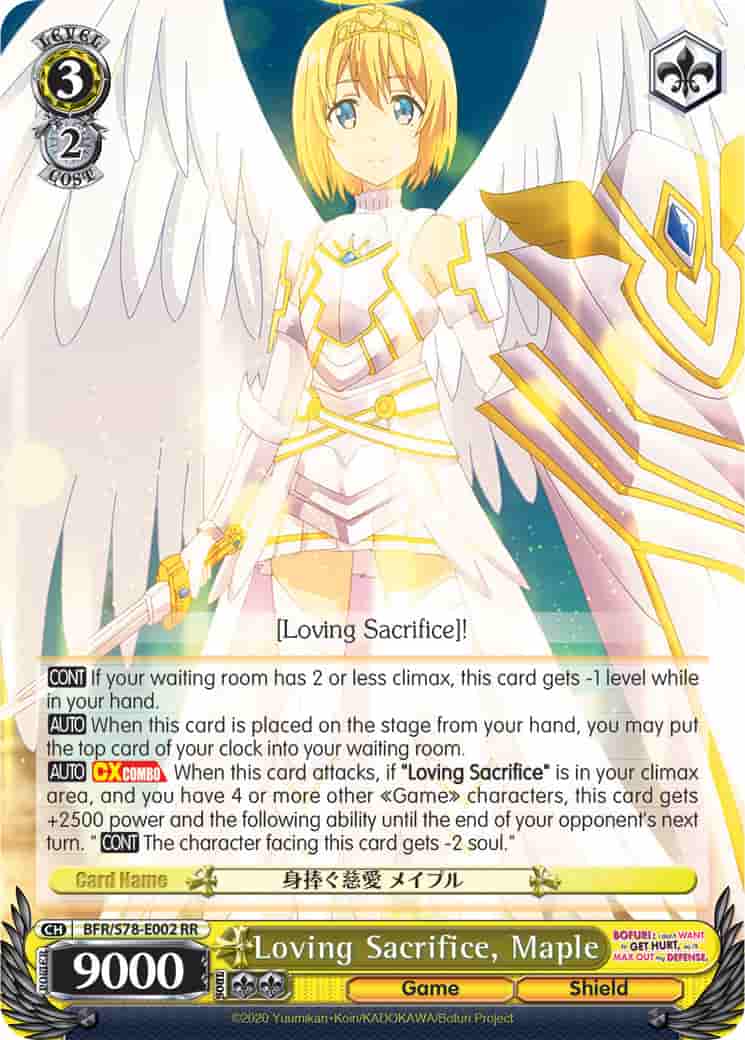 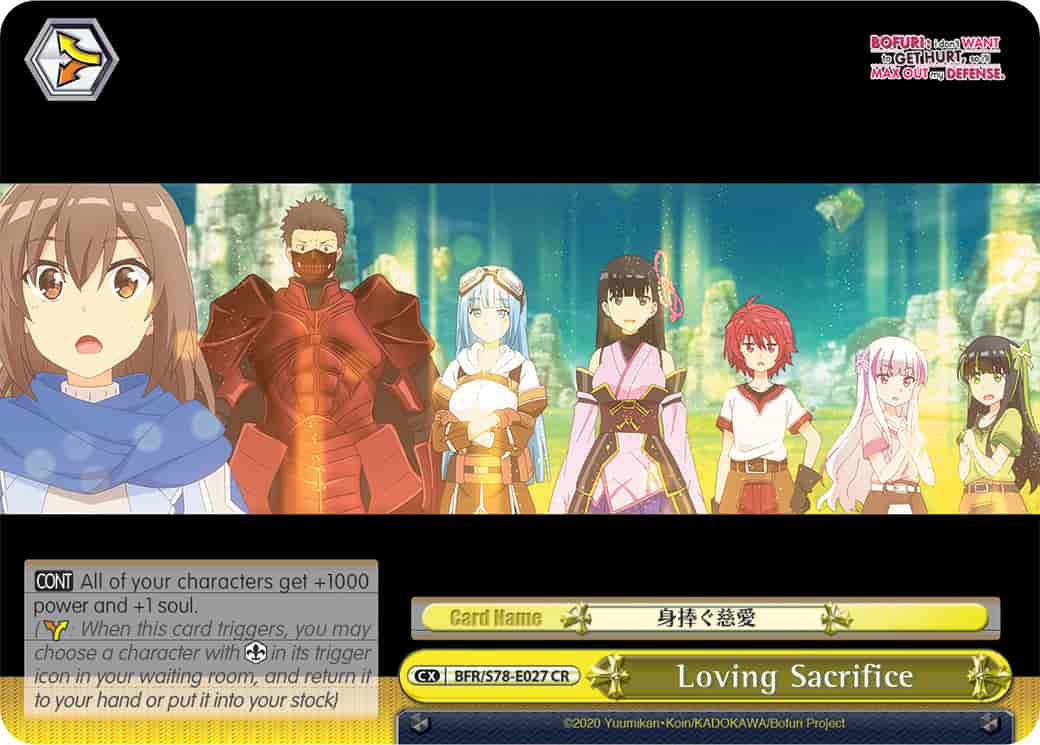 A powerful level 3 card that can be played at level 2, Loving Sacrifice, Maple helps to reduce oncoming damage with her CX Combo! Coupled with her heal on entry, this helps to set up for future turns! The coveted Choice trigger icon on the climax card is also another great reason to include this combo in a deck!

Another player in NewWorld Online, Kasumi takes on a more oriental appearance and wields a katana for her in-game weapon as recreated in her CX Combo, Longsword, Kasumi and its climax card, No Longer Normal. 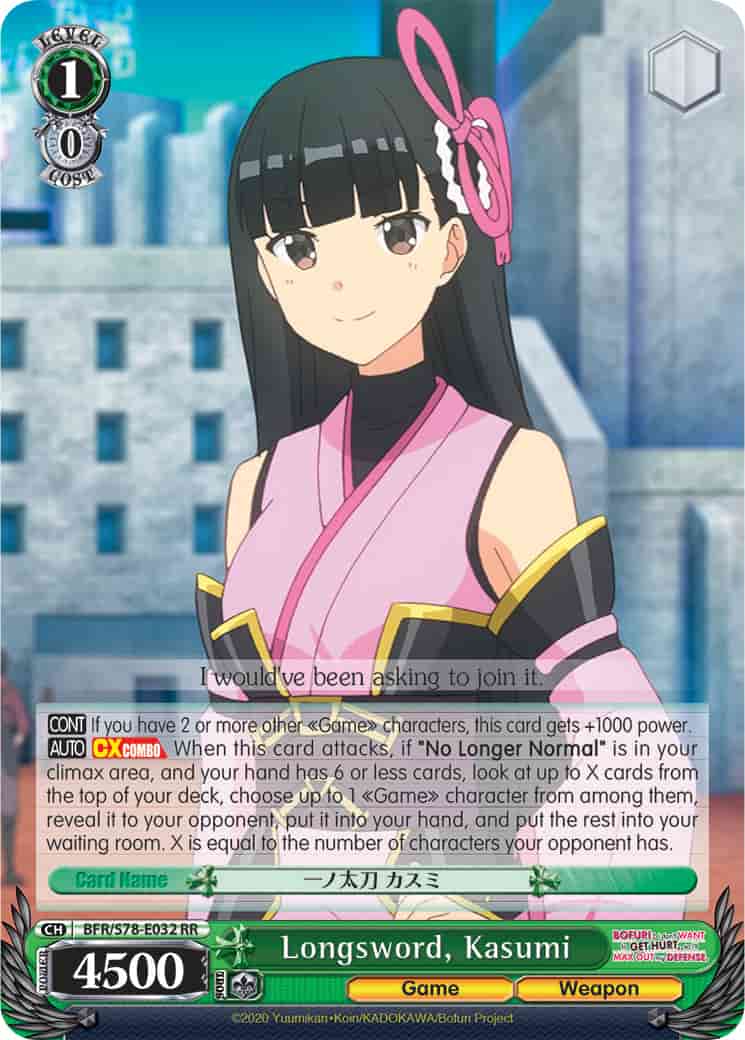 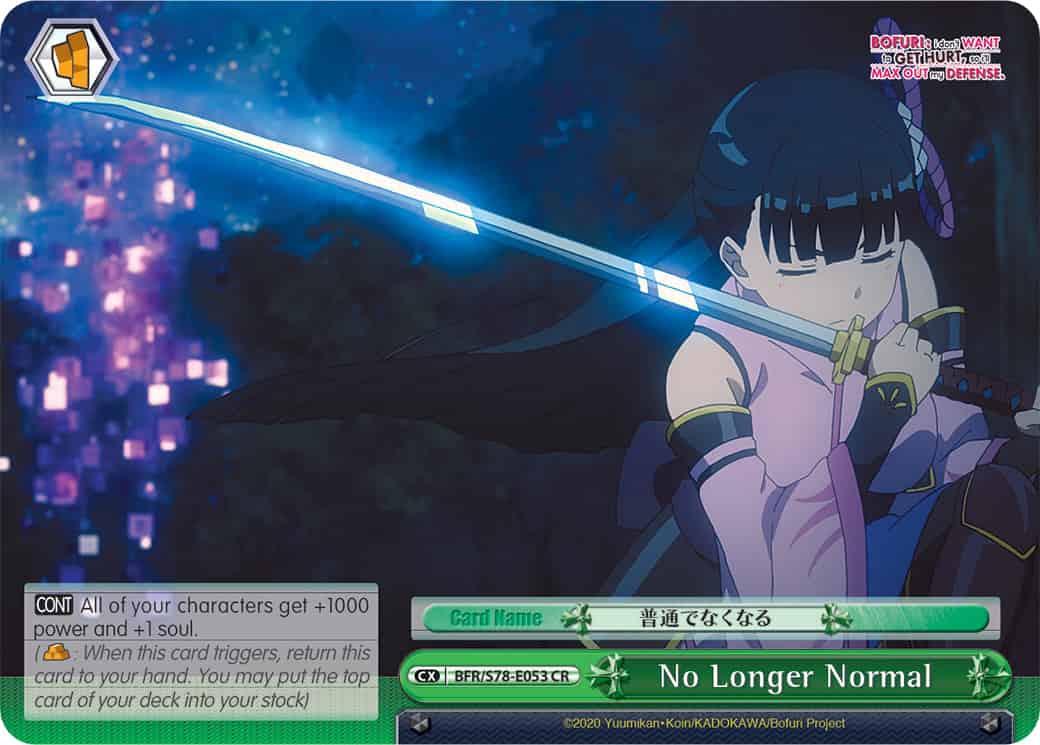 With the CX Combo, you can search up to 5 cards deep into your deck for a character to use in your future turns, depending on the number of characters on your opponent’s field. 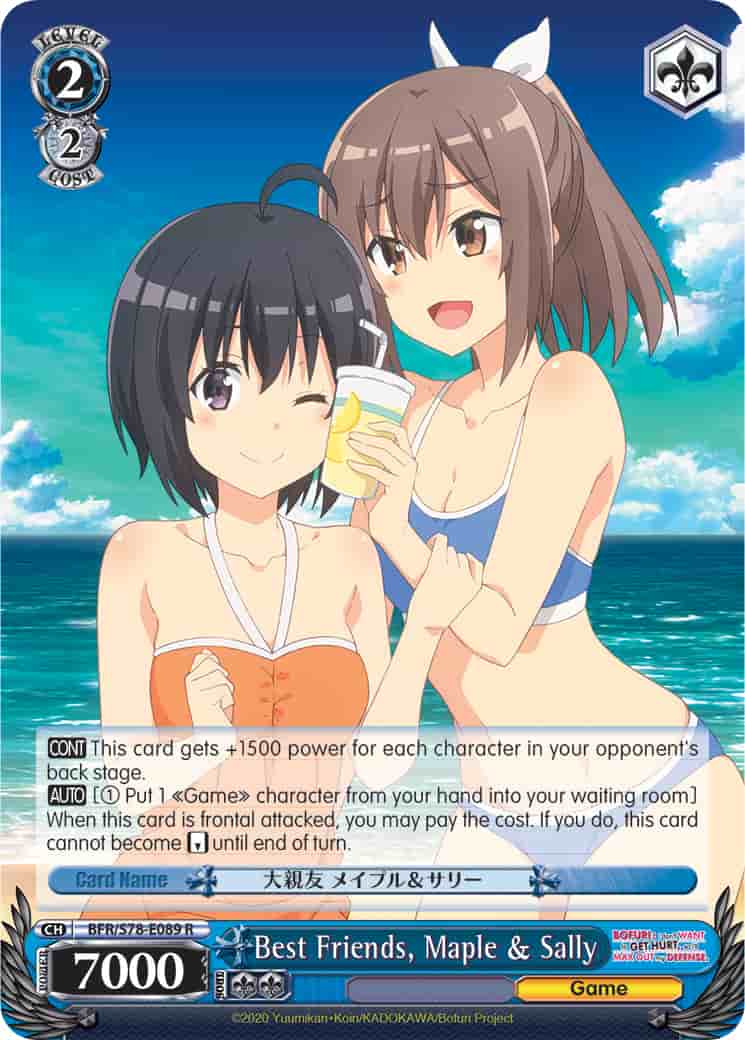 Best friends in real life and in-game, Maple and Sally always look out for each other, as exemplified by their nifty character card, Best Friends, Maple & Sally that aids one’s mid-game!

A great card to use in Standby decks! Accompanying a CONT ability that gives it a power bump of up to +3000 to keep it on the field longer, its AUTO ability mimics like that of Encore that prevents it from becoming REVERSE till the end of your turn.