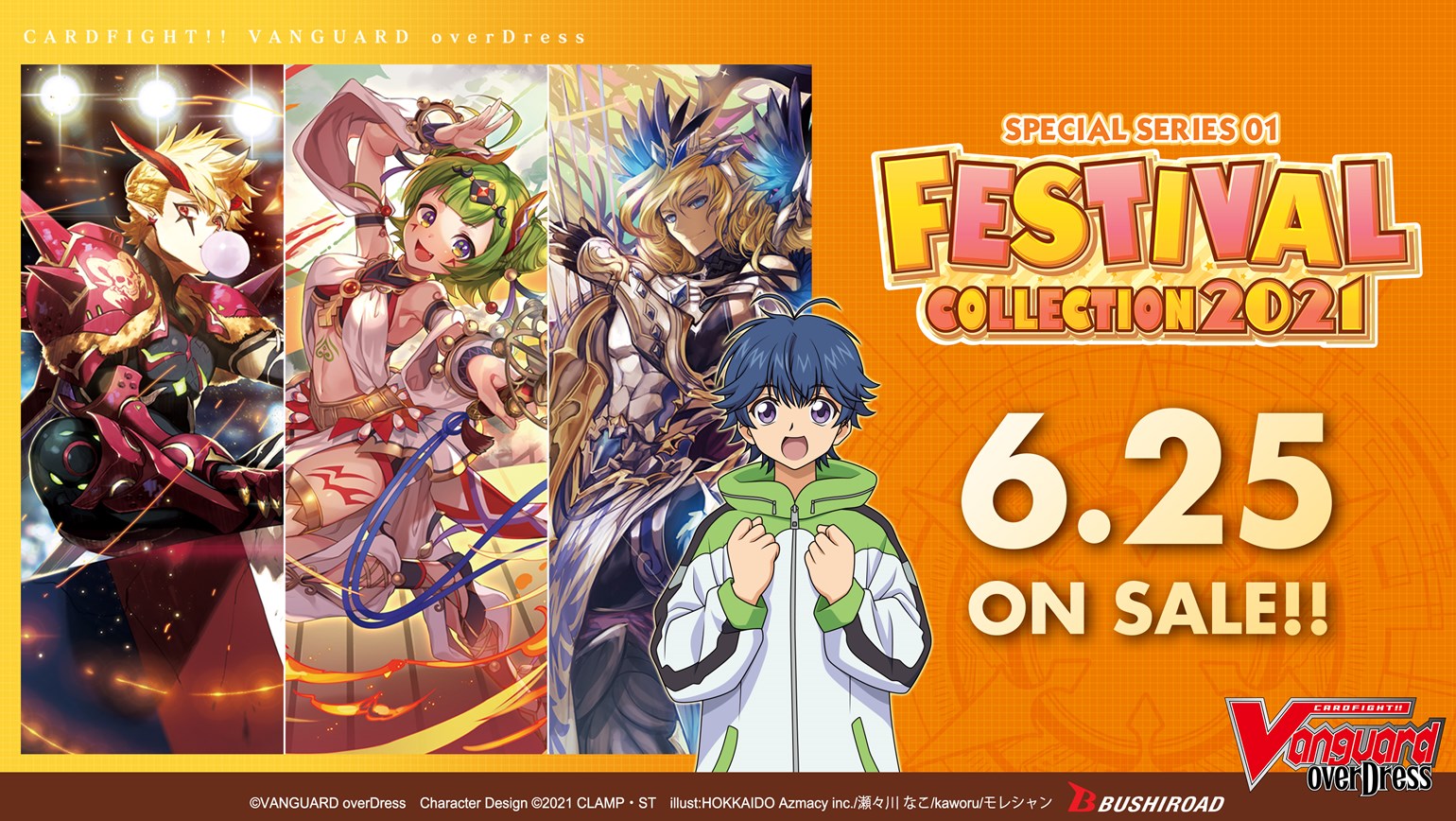 From June 25th, we aim to bring radiance to the smiles of you and your decks, with Special Series 01: Festival Collection 2021! Click here for everything you should know about the latest Vanguard series!

In this issue, we share some major reasons why you should not miss out on this product!

New support for your decks!
Before we touch on the shiny reprints, let’s check out the new cards! Here are some of our picks from each nation! 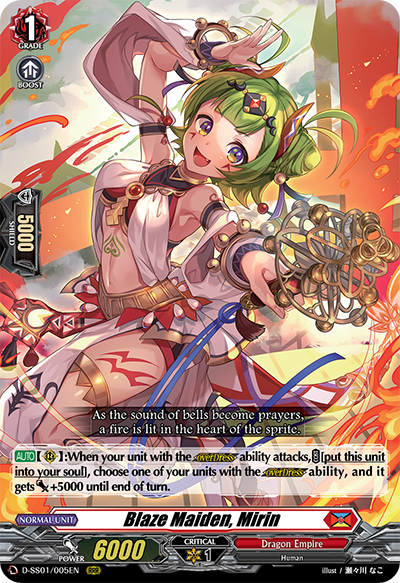 Blaze Maiden, Mirin
This Blaze Maiden not only looks cute, but packs some firepower!

Play this card when your front row overDress units attack, for the latter to obtain a power-up! In addition, this card goes into the soul, which provides resources for the abilities of units such Vairina (available in Start Deck 01: Yu-yu Kondo -Holy Dragon-)! 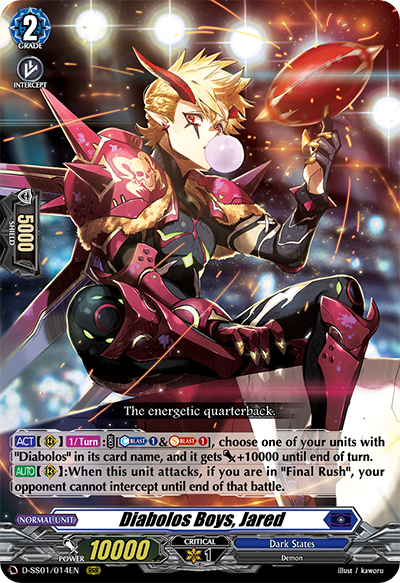 Diabolos Boys, Jared
Jared is a unit that you would not want to leave out of your field!

Make your “Final Rush” the final rush (literally) by limiting your opponent’s guarding capabilities! Power up a fellow “Diabolos” unit, and aim for the homerun when your opponents are unable to intercept! 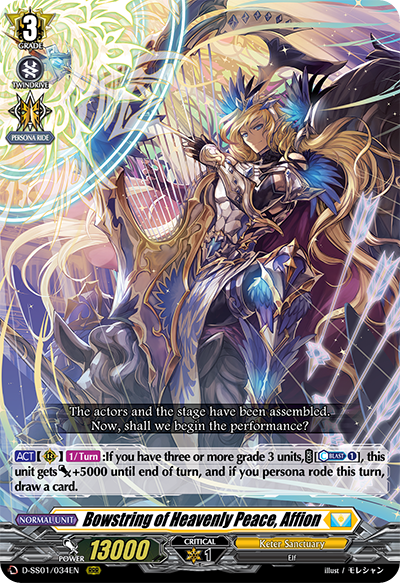 Bowstring of Heavenly Peace, Affion
In a Bastion deck that is all about Grade 3 cards, this is a nifty card to have!

Assuming you already have had at least half the field filled with grade 3 units, it can receive a power up, while allowing you to increase hand size! 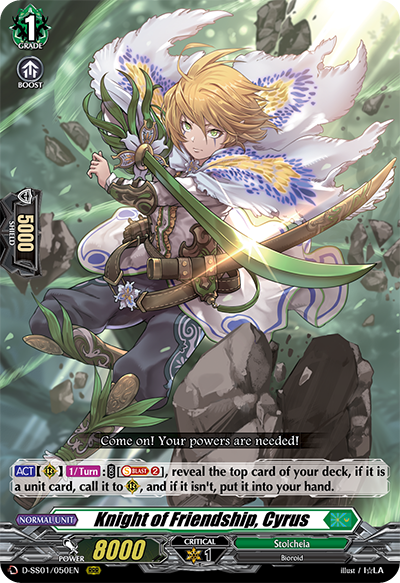 Knight of Friendship, Cyrus
Need a card that allows you to build your field or increase hand size while not relying on Counter-Blasts like the rest of the cards? Look no further!

If you’re running this in a Zorga deck, it can be considered as a nifty unit to “fish” out important Order cards too! 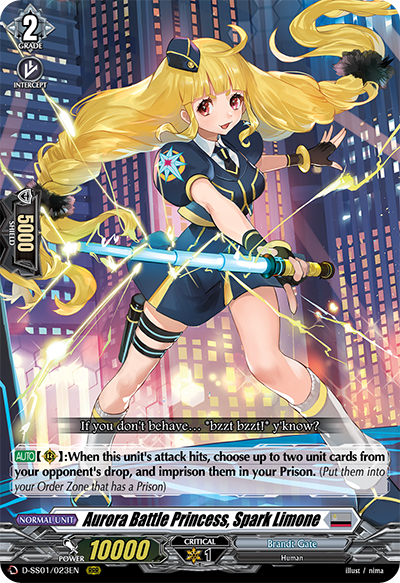 Aurora Battle Princess, Spark Limone
Previously, we have Seraph Snow that can Imprison rear-guards and Risatt Pink that can do the same on an opponent’s hand (both cards available in Start Deck 05: Tomari Seto -Aurora Valkyrie-); now, we now have Spark Limone that allows you to Imprison from your opponent’s drop!

With more areas that you can apply Imprison to, it seems like there are fewer places for your opponent to hide now!

Shiny cards galore!
This is the product that every collector (both new or veterans alike) will not want to miss out on, as it consists of only RRR rarity cards and above (SP cards)! This means that with every pack, display, or even carton purchased, you can only receive shiny, or shinier cards from this collection! SP cards not only come in full illustrations, they come in textured foil too!

Form big and shiny illustrations with your cards!
Aside from its shiny factor, SP cards (of the respective nations) from this product can be arranged to form a complete frameless illustration! There will be one unique illustration from each nation, which means more reasons to collect all the SP cards! Below is an example with cards from the Dragon Empire! 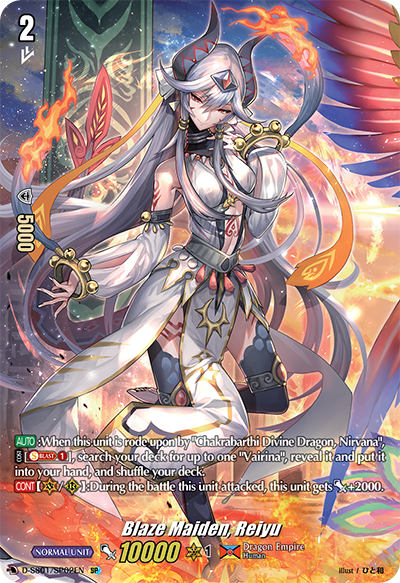 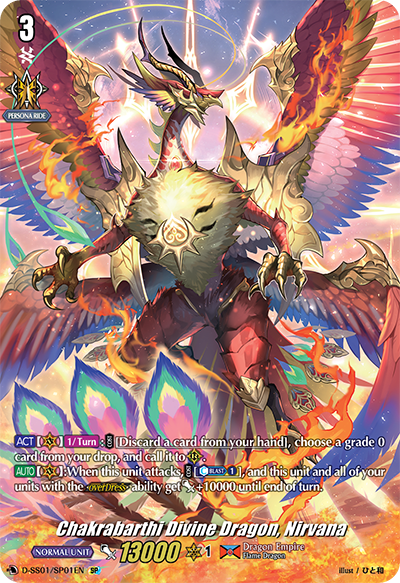 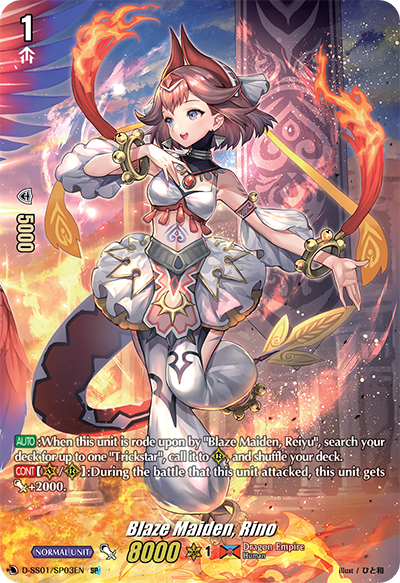 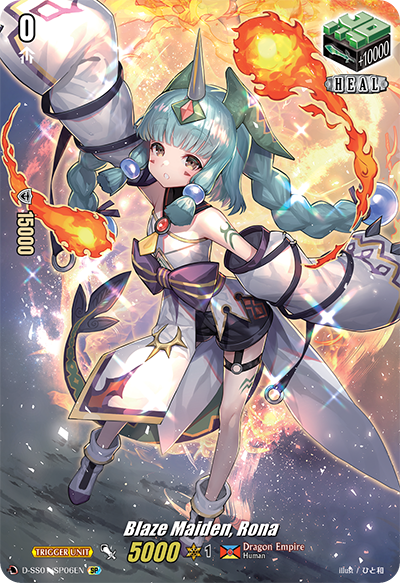 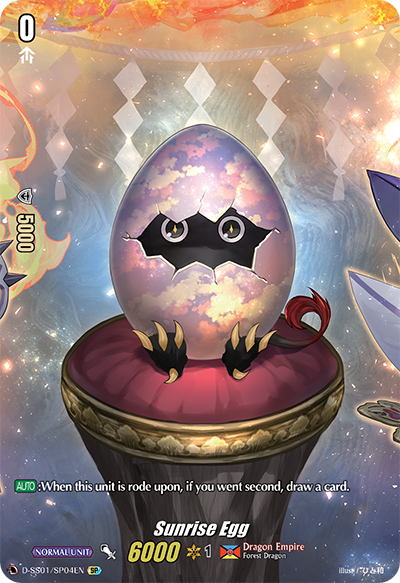 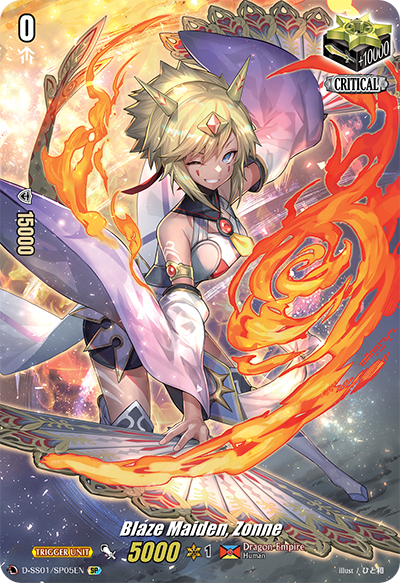 Up the “bling” factor of your Start Decks with the shiny reprints!
If you have picked up any of our Start Decks (01 to 05), this is the best time to up the “bling” factor of your decks! In addition to the key ride lines and triggers, there are also reprints of essential cards that will remain relevant, even after the respective decks have been upgraded with cards from other products such as Booster Pack 01: Genesis of the Five Greats!

We have included a list of reprints from each of the Start Decks below for your reference:
Start Deck 01: Yu-yu Kondo -Holy Dragon-