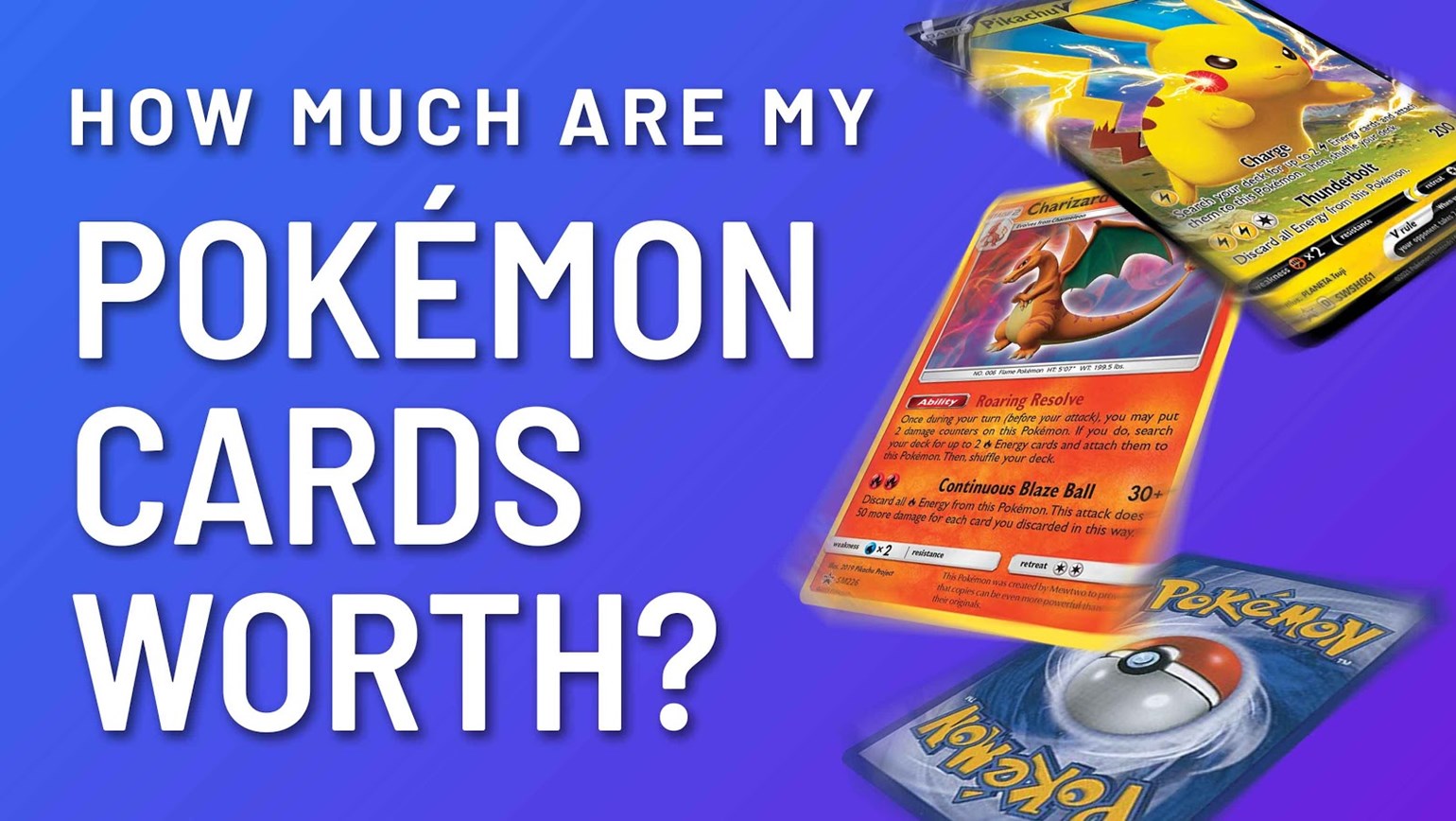 It’s been just over a year since we started social distancing for COVID-19. During that time, many of us had to find new ways to occupy our seemingly endless freetime. Luckily, the gaming industry rose to the occasion and trading card games, like Pokémon, became more popular than ever. We all needed an escape from the new turnings of the world and to be reminded of simpler times.

You might be wondering what to do with your Pokémon cards now that the game is making a comeback. Maybe you found them tucked away in the attic or basement, or, as a true collector, you might have kept them in protective sleeves. In either case, how do you know if your Pokémon cards are worth anything? TCGplayer is here to help you determine the monetary value of your collection.

Rarity
To determine the rarity of a card, you’ll want to look in the bottom right or left corner. Common cards are denoted by a black circle, uncommons by a black diamond, and rares by a black star. As common cards have a higher abundance, they are typically going to be lower value, unless there are other factors contributing to the card’s worth. There are a few types of rare cards worth mentioning. These include Ultra Rares, which can be denoted by an EX/GX/V in the title, Secret Rares, which have a higher card number than the set (ex. 188/185), and Rainbow Rares, which are denoted by the rainbow coloration of the card.

Type
Identifying the Type of Pokémon card you have can get a little more difficult, as there are several different identifiers and various exceptions to the rules. Reverse Holos are cards that have shiny foiling everywhere on the card, except for the artwork, however, the EX series is an exception. Full Art Holos are shiny across the entire card and textured, these typically have a solid background. Alternate Full Art Holos are also textured, however they typically have a more elaborate background. It may be important to identify Promo cards. These are identified in three main ways: 1) Black star on card, no collectors number, but a code instead (ex.SWSH066), 2) a stamp on the artwork, 3) “A” or “a” next to the collector’s number, which denotes an alternate art card.

Condition
Conditioning is an important part of determining a card's value. The better the condition, the more a card is worth. Use the TCGplayer Conditioning Guide to determine your card’s condition.

Year
Cards printed earlier, right after the game was released, can be of a higher value. These can be denoted by a first edition stamp to the bottom of the card artwork that looks like a “1” inside of a black circle. First edition cards are also shadowless, meaning the art box has no shadow underneath it.

Other Identifiers
Other identifiers that can increase the value of your cards are card names that are followed by EX, ☆, LV.X, LEGEND, BREAK, or VMAX. Other Extra-Rare cards have names followed by a stylized G, GL, 4, C, FB, or M. 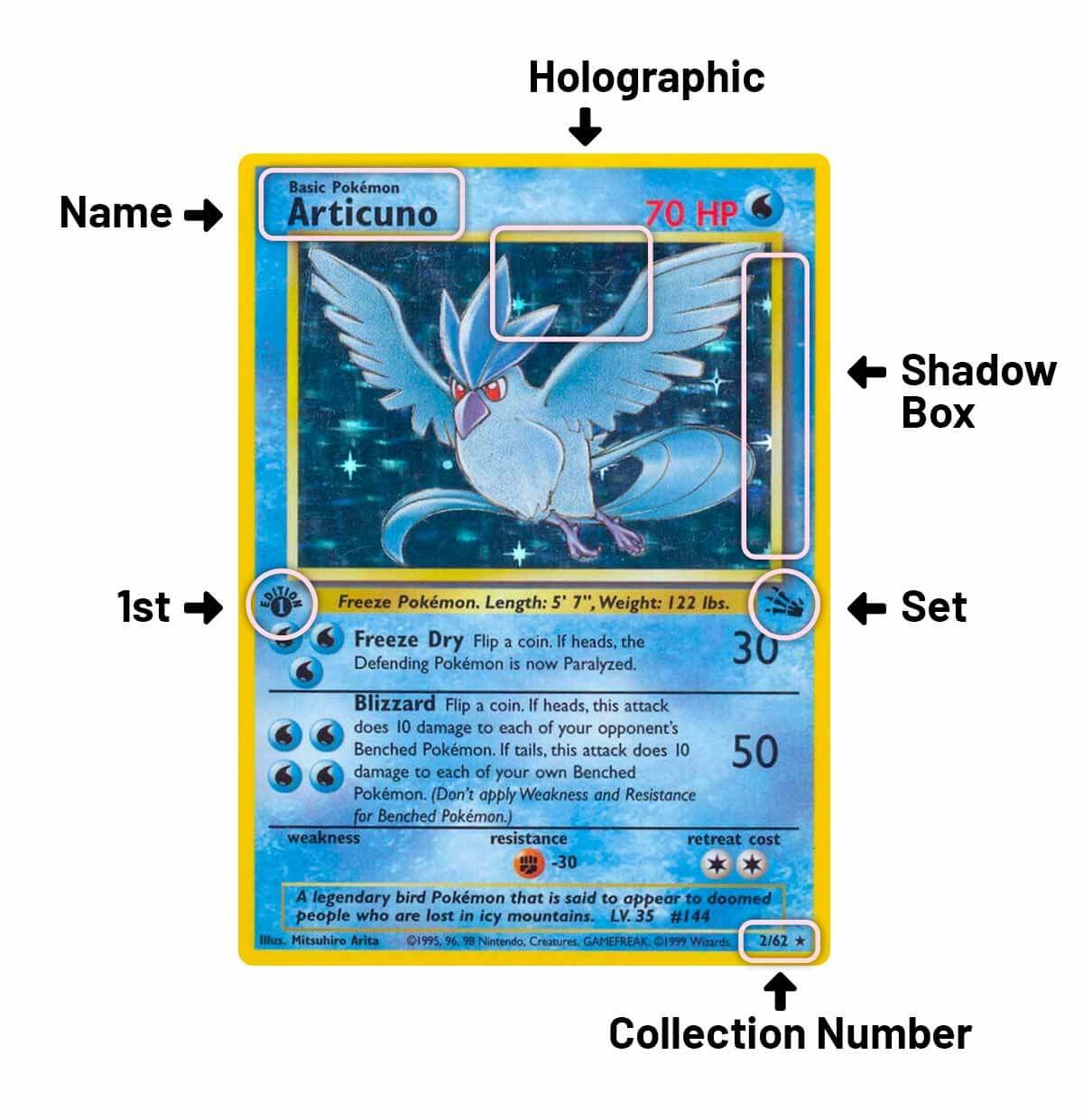 You can also use the TCGplayer app or our “How do I identify this Pokemon card?” article to help identify and price your Pokémon cards. Once they’ve been identified, you can compare prices on TCGplayer.com. Join TCGplayer today to create an account and start selling now!

Kayla Zinn is a Sales Coordinator at TCGplayer where she provides sellers with the information and tools they need to grow their businesses.