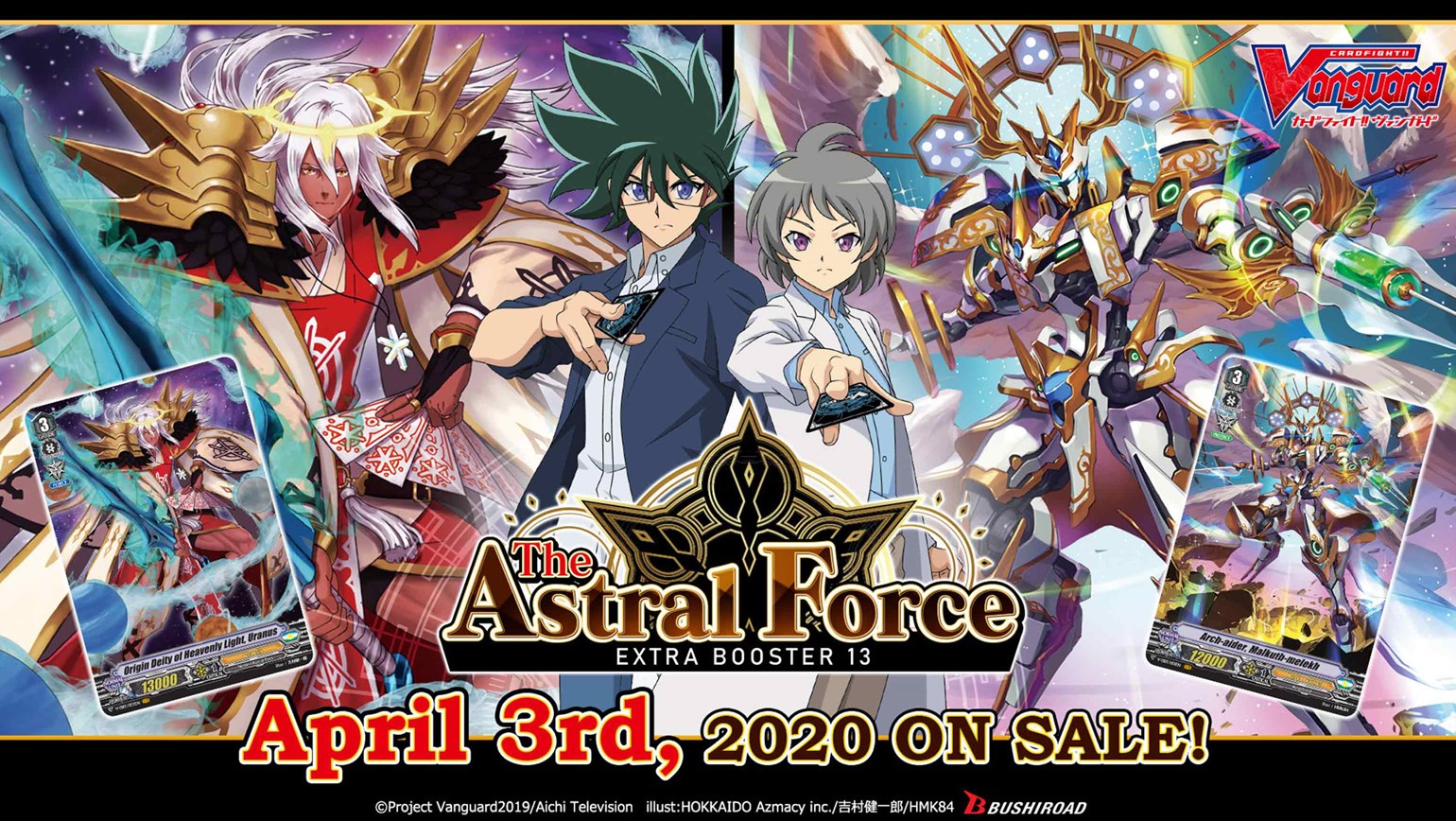 On April 3rd, Bushiroad will release the new Cardfight!! Vanguard Extra Booster 13: The Astral Force. Shinemon Nitta and Tatsuya Tachibana, familiar cardfighters from the animation that first appeared in Booster Pack Vol. 07: Infinideity Cradle, will make another appearance in The Astral Force. This booster will aso feature units used by Ryuzu Myoujin, the head researcher of the Ryuzu Laboratory!

Gear Chronicle, Angel Feather and Genesis clans will all gain units from this booster. Check out the featured key units from each clan below, and prepare for their arrival by listing The Astral Force on the TCGplayer Marketplace. 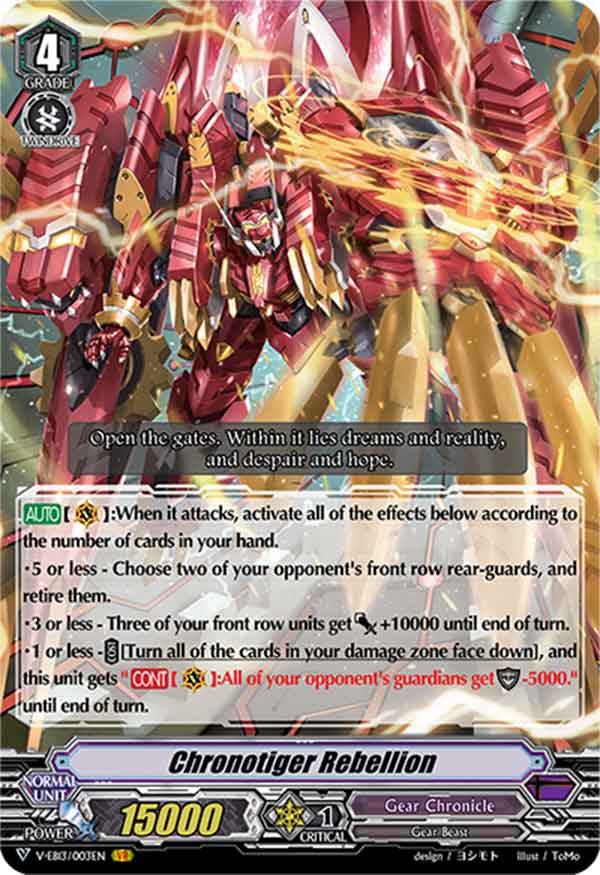 A well-known Zodiac Time Beast since the G-era, Chronotiger Rebellion makes a comeback in this extra booster with a plethora of wicked abilities, which vary with the number of cards in your hand

If you picked up Gleaming Lord, Uranus from Trial Deck 09: Shinemon Nitta, you will definitely not want to miss out on this unit.

Both units let you turn a back row card into an Astral Plane so you can summon Giant Deity of Distant World, Valkerion, a unit with 70,000 Power! But with Origin Deity of Heavenly Light, Uranus you don’t need to accumulate 5 force markers to activate this effect. Instead, you only need 3 force markers, plus an additional cost of soul-blasting one or more cards with the sum of their grades being 5 or greater. That means Valkerion comes out faster than ever.

Not only that, but by resting two Astral Poets as a cost, Valkerion can restand and attack once more! 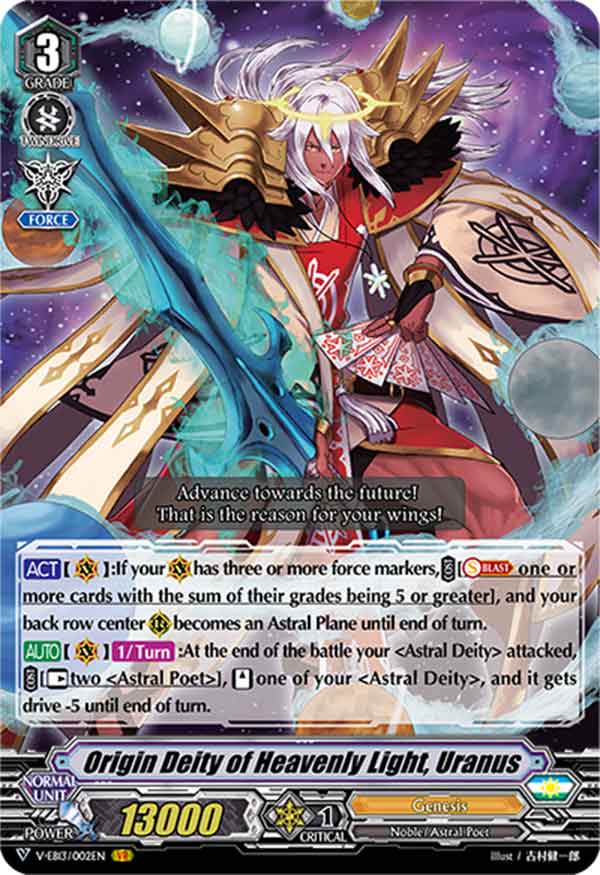 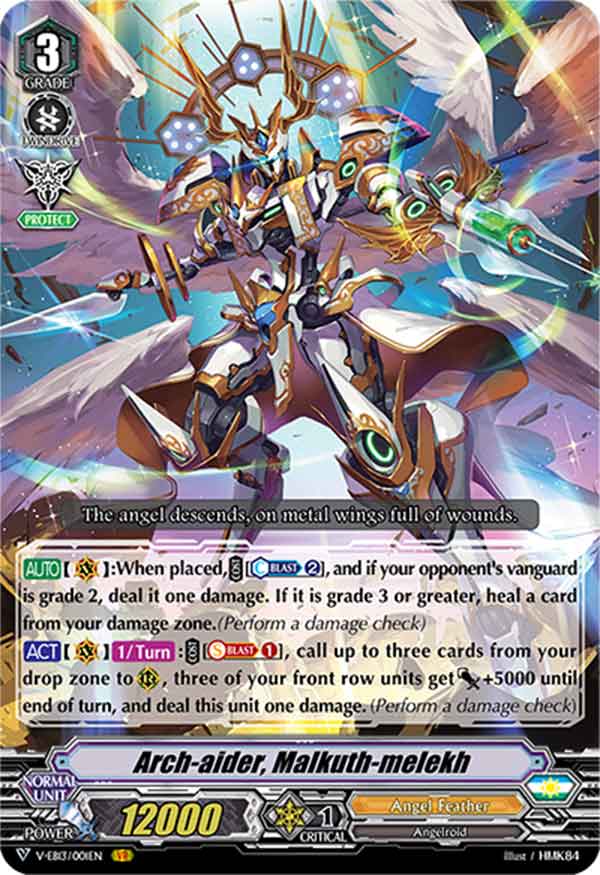 When three superior calls from your drop zone have been performed, it gives Power +5000 to your front row units at the cost of 1 damage.

It is also worth noting that this unit exhibits good synergy with supporting units in the same extra booster, and with Protect II gift markers.