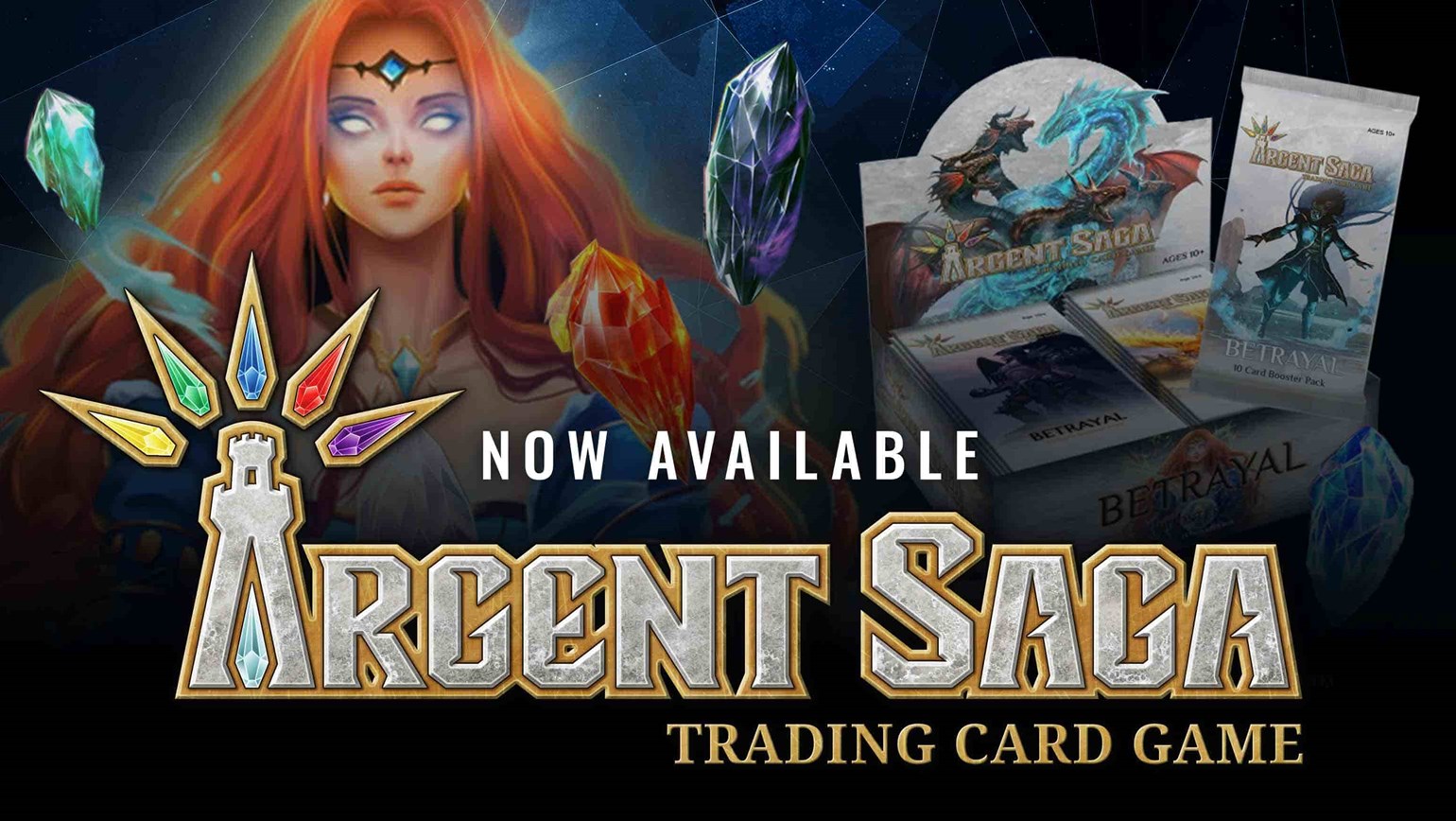 Alter Reality Games, the Ohio-based game store (and TCGplayer seller) behind the successful ARG Circuit Series, has witnessed the rise and fall of dozens of TCGs over the years. Now they’re taking those lessons and stepping into the game with Argent Saga, a new fantasy TCG with elements blended from Magic: The Gathering, Duel Masters and Force of Will. Argent Saga singles, Intro Decks, Alpha Decks and Booster Set 1: Betrayal products will be available to list on the TCGplayer Marketplace and through TCGplayer Pro starting tomorrow, August 1st.

By Players, for Players

Designed by expert Yu-Gi-Oh! duelist Jeff Jones and Kaijudo master Rob Herbert, Argent Saga is a love letter to the TCG fan community. ARG invited its Facebook followers to contribute to the design process, and this engagement has already built significant hype—fans recently helped the game raise more than twice its target goal on Kickstarter.

To deliver more of what players want, ARG is leveraging their experience with the Yu-Gi-Oh! and Force of Will circuits to develop robust organized play events for Argent Saga. That means players can step right into the action.

In a game of Argent Saga, players take the roles of Champions, fighting for control over Towers of Power. With a Spirit companion by their side, players lead forces into battle and cast powerful spells to destroy all five of their opponent’s towers and deal a final blow to claim victory. With simple rules and time-tested mechanics, Argent Saga’s unique blend of elements makes it simple to learn and hard to master—ideal for a thriving competitive scene.

With a players-first philosophy, ARG has already cultivated a fervent fan base for Argent Saga. The game will be available for you to demo and purchase this week at Gen Con 2019. Support your players with a game made just for them by listing Argent Saga today.